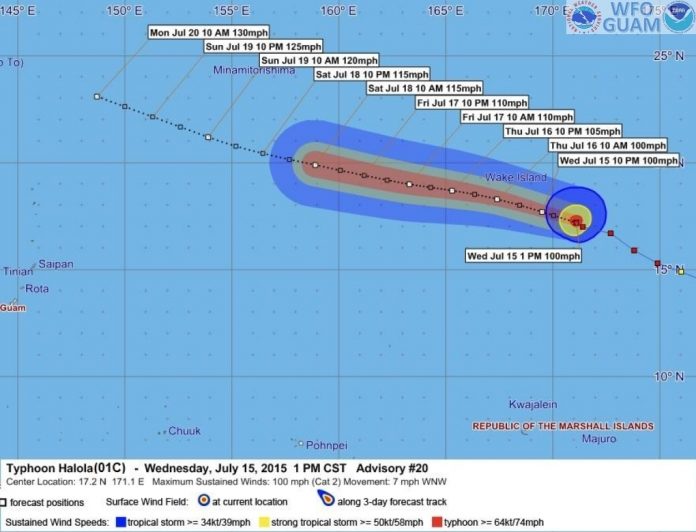 Halola is expected to pass north of CNMI by early next week.

In its latest public advisory on Typhoon Halola (01C), the National Weather Service says that the typhoon was about 330 miles east-southeast of Wake Island and is expected to pass just south of Wake Island around midday Thursday. NWS also explains that Halola is still moving towards west-northwest direction with its forward speed slowed down to 7 MPH and and with Maximum Sustained Winds of 100 MPH. This system is expected to maintain its direction and Maximum Sustained Winds until Thursday but move faster in next 24 hours.

Regarding the future track or possible change in forecast track of Typhoon Halola, the National Weather Service writes, “GFS…ECMWF and NAVGEM all pass Haola to the northeast of the Marianas early next week. System will pass close enough to the far northern CNMI that it will need to be monitored until it has safely passed,” in its Area Forecast Discussion from this morning.