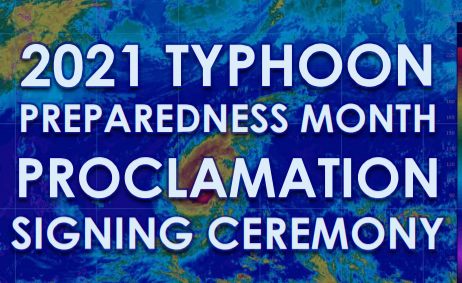 GHS had originally planned a full-scale exercise scenario last year, but due to the pandemic, they had to scale back.

In order to take into consideration COVID-19 protocols, GHS decided to host virtual workshops instead. The first 4-day workshop started yesterday and is scheduled to end this coming Friday.

“Of course, during a typhoon, people rush out to the stores and get their emergency supplies, but what will that look like during a pandemic? When you’re trying to avoid large crowds, you know you don’t want to rush into the store when everyone else is doing the exact same thing. So we advise people to start building their own emergency preparedness kits now, while the stores are clear, while the weather is clear,” Blas said.

She added: “Once a major disaster strikes during a pandemic what would that look like for your household when you have to evacuate? You’re living in substandard housing, you wanna share a household with your family members or your neighbors. So you want to start talking to your neighbors, your family members on what your evacuation routes could look like during a pandemic.”