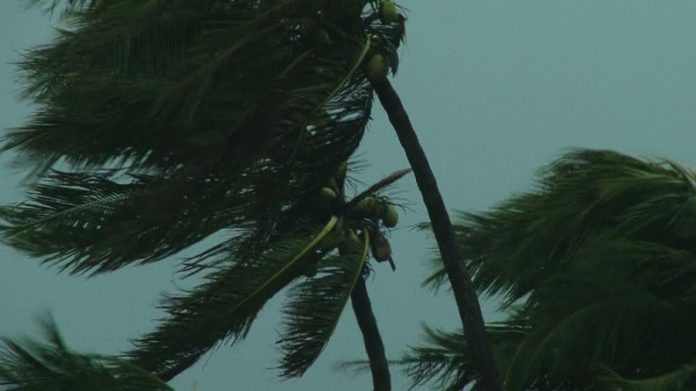 Guam – While Goni has just left the Marianas and the Western Pacific has already seen 17 tropical cyclones this year this is just the beginning of the traditional typhoon season for Guam. National Weather Service Meteorologist Chip Guard explains how this El Nino season could mean many more storms for the Marianas over the next several months.

In April the U.S. climate prediction center in Washington officially declared that we were in an El Nino pattern. “Which means that we’re gonna see a change in the pattern the wind patterns and the storm patterns and basically it means we’re going to see tropical cyclones start earlier in the year and further to the East and since tropical cyclones really want to move from the Southeast to the Northwest that puts us right in the middle of the track basically,” said Guard.

It’s an extremely complicated process but in a nutshell El Nino is nature’s way of redistributing heat to achieve balance. Guard says that this means the risk for getting hit by a tropical cyclone increases greatly. “We can see a 300 percent increase in the risk of getting a tropical cyclone so our chances of getting hit go up by about a factor of three,” said Guard.

That’s because we are only now entering what is typically the typhoon season for Guam and the Marianas. “Yes we could see several more tropical cyclones,” said Guard.

In addition to more storms Guard says that El Nino usually causes a drought during the following dry season.