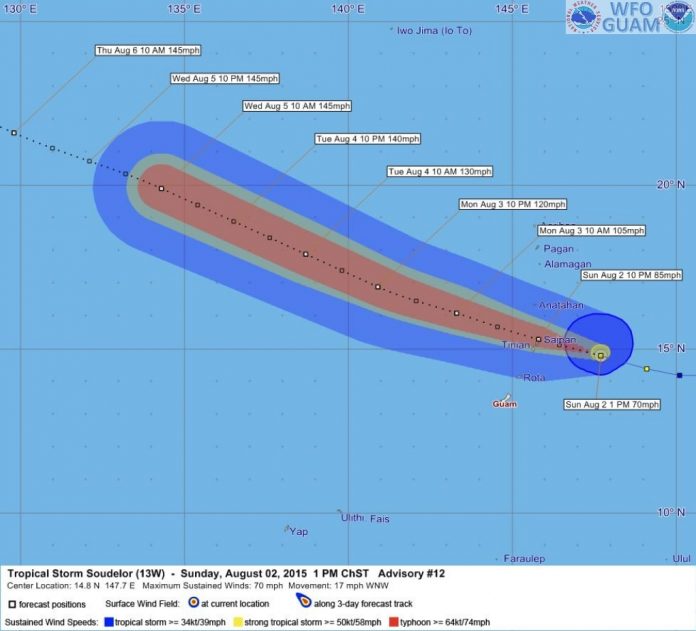 Guam – As of 5 PM (CHST), Soudelor’s Maximum Sustained Winds increased to 75 MPH, which just passes 74 MPH cap of category 1 typhoon. This system is expected to move towards west-northwest in general and pass very close to Saipan and Tinian. As typhoon conditions are likely within 6 to 12 hours, theTyphoon Warning is in effect on Saipan and Tinian.

Size of the circulation also increased. Soudelor’s tropical storm force winds extends outward up to 90 miles from its eye. But as southern part of the circulation extends only about 60 miles, Gaum is not under in effect of any typhoon related warnings or advisories; the Tropical Storm Warning is in effect for Rota and the Typhoon Watch on Agrihan, Pagan, and Alamagan.

Now Typhoon Soudelor is moving towards west at about 14 MPH and was last seen about 60 miles east-southeast of Saipan, 70 from Tinian, and 155 miles northeast of Guam.