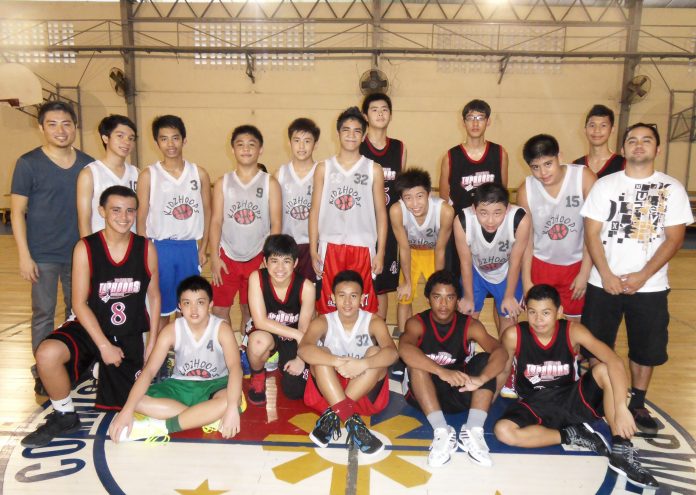 Manila, Philippines – The Tamuning Typhoons 15U boy’s basketball traveling team completed their tour of friendship games in Manila and finished with a 4-1 record. Typhoons traveling team Coach Dominic Sablan was pleased with the outcome of the tour and gave credit to his players.  “The boys played back to back tough teams but they worked through it and did not let up on the court,” stated Sablan.

[Photo: Tamuning Typhoons and Kidzhoops Basketball Teams in the Philippines.]

Sablan pointed out that the game against the Phillippine National 13U boy’s team caught them off guard with their tenacious defense. “The national team was impressive to watch and we learned a lot from the loss,” said Sablan.

He added that conditioning and staying healthy are important elements when competing off island. “Due to injuries or foul problems in a game it came down to a rotation of seven players that kept us on the tour,” said Sablan.

The Typhoons return to Guam on Tuesday and will switch gears as they get ready to play in the SummerJam Tournament playoffs at Tamuning Gym.

Visit facebook community fan page guambasketball.com for the latest news on their game results and activities in Manila!