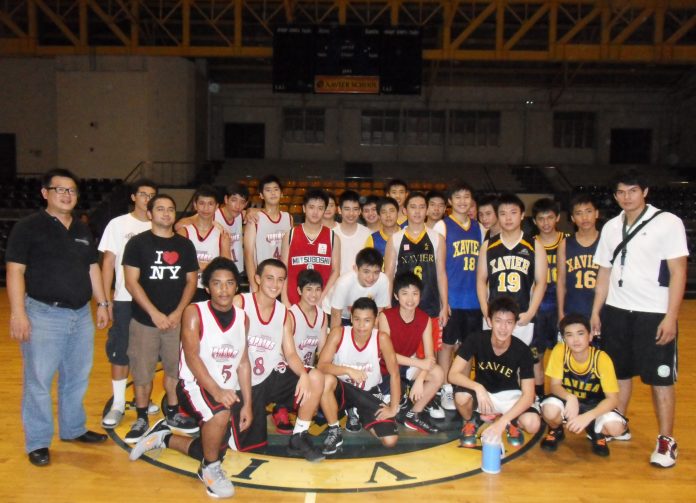 Manila, Philippines – The Tamuning Typhoons 15U boy’s basketball traveling team is on a winning streak with a 3-0 record as they continue their tour of friendship games in Manila. The Typhoons departed Guam on July 31 and are competing in Manila thru August 6. Led by head coach Dominic Sablan the Typhoons have relied on their pressure defense to earn them their wins against the tough teams played.

“These boy’s have repeatedly practiced their man to man pressure defense back on Guam and all that hard work is paying off for them as we continue earning wins,” stated Sablan. Players traveling with Sablan include Chino Cruz, William Belger, Diallo Cruz, Scott Ulloa, Kevin and Kristopher Conlu, Henry and Brennan Haight, Aljurell and Alshcea Grape.

Visit facebook community fan page guambasketball.com for the latest news on their game results and activities in Manila!

Article written in a press release.