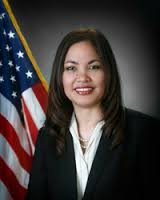 Adelup tells PNC that any talk of future replacements for Limtiaco’s position will have to come together with CNMI Governor Ralph Torres.

Guam – After U.S. Attorney, General Jeff Sessions called for the resignation of the remaining U.S. attorneys from the Obama administration, Guam’s own Alicia Limitiaco has resigned from her position as U.S. attorney for Guam and the CNMI.

Monday afternoon, U.S. Attorney Alicia Limtiaco followed suit with session’s request by submitting a letter of resignation, effective immediately. In a statement released to the press, Limtiaco wrote, “It has truly been an honor and privilege to serve the people of Guam and the Northern Mariana Islands for the last seven years as United States Attorney, and to work alongside our law enforcement partners and community stakeholders in our enforcement and crime prevention efforts. I am sincerely appreciative to the staff of the United States Attorney’s Office for their commitment, hard work and perseverance, and I am extremely proud of the accomplishments and efforts of our Guam and CNMI staff in serving and keeping our communities safe.” First Assistant/Criminal chief Shawn N. Anderson will serve as acting U.S. Attorney for both Guam and the Northern Marianas. Over 40 U.S. attorneys remain from the Obama Administration and according to Adelup, the governor has not received word from the trump administration for possible replacements. Adelup tells PNC that any talk of future replacements for Limtiaco’s position will have to come together with CNMI Governor Ralph Torres. Limtiaco was nominated by president Barack Obama and has served since her confirmation by the u-s senate in 2010.