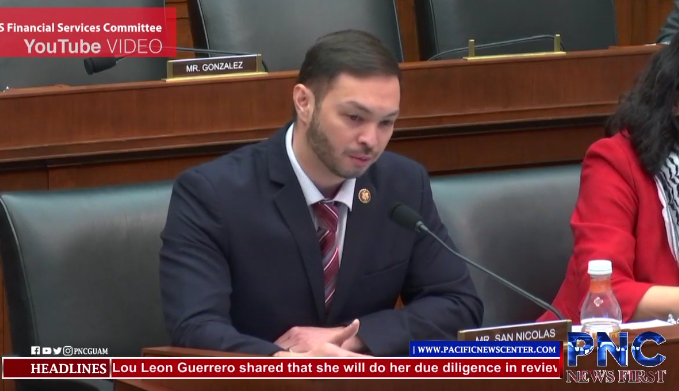 The U.S congressional committee on financial services approved a version of the Secure And Fair Enforcement Banking Act of 2019 also known as the SAFE Banking Act of 2019 this week. Should the federal legislation become law, it would create a bridge for financial institutions to work with legal cannabis businesses.

The passage of the SAFE Act would assist cannabis businesses nationwide currently forced to operate on a cash-based system only, according to San Nicolas. The legislation would eliminate the security, regulations, and consequences that are already part of the existing national financial system.

“First I want to begin by saying, overnight Guam passed local legislation to allow for recreational cannabis in the territory. So this overall discussion is very timely and it’s an honor to be able to contribute to it, and its further an honor to have the movers of this legislation, particularly the prime sponsors of their acute attention to ensuring the territories included,” he said.

SAFE Act’s primary purpose is to increase public safety by expanding financial services to cannabis-related legitimate businesses and services and reducing the amount of cash at such businesses. The Congressman said its implementation could address the risk of money laundering and control an unregulated industry that festers throughout various communities.