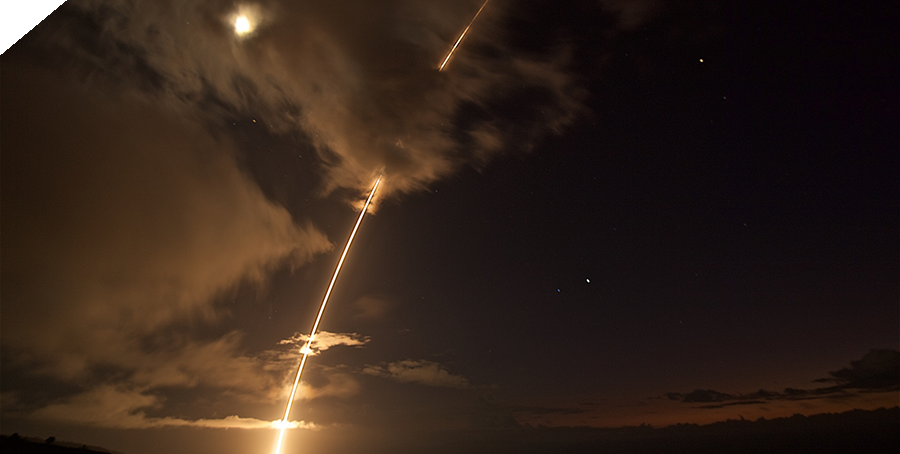 An Aegis BDM system successfully tracked and intercepted a missile during a test of the coast of Hawaii on August 29.

Guam – According to the U.S. Department of Defense Missile Defense Agency, the USS John Paul Jones “successfully conducted a complex missile defense flight test, resulting in the intercept of a medium-range ballistic missile (MRBM) target using Standard Missile-6 (SM-6) guided missiles during a test off the coast of Hawaii.”

The simulated enemy missile was launched from the Pacific Missile Range Facility on the Hawaiian island of Kauai. The U.S. destroyer detected and tracked the missile with its onboard AN/SPY-1 radar before shooting it down with it’s SM-6 missiles.

This is the second time that an SM-6 missile has successfully tested its intercepting capabailities of a medium-range ballistic missile.