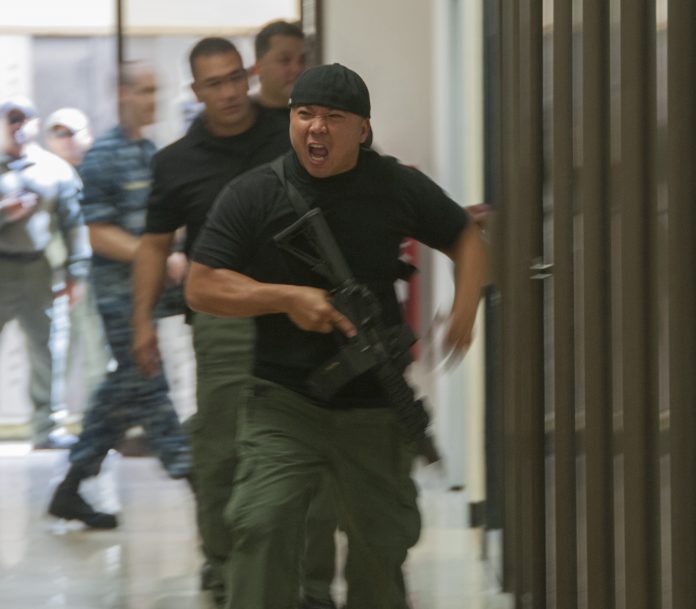 If you heard a lot of noise and saw military and police activity in Hagatna earlier today, don’t worry, that was just an exercise.

Guam – The U.S. Navy in partnership with the Guam Police Department held an active shooter drill at the military recruitment annex Guam Capital Investment Corp building. The active shooter drill is in response to a shooting that occurred at a military recruiting station in Tennessee. Joint Region Marianas Region Security Officer Greg Jacobs explains that the training consisted of a 2-hour training before the actual drill.

Jacobs says, “We had a 2-hour training session where GPD actually went over a lot of ways to defend themselves. They followed the run, hide, fight training scenario, but overall the training went well.”
GPD Sergeant John C. Aguon says, “The shooter who was one of our officers, he was acting that he was a terminated military personnel who went all crazy in there shooting up the place, yelling. A couple of trainees got found and shot. Our training did work because a lot of them were locked up and hiding, doing the run, the evacuation and the lockdown.”
Aguon says the active shooter drills ensure the safety of both military recruiters and the local community by increasing readiness of public safety and emergency responders.