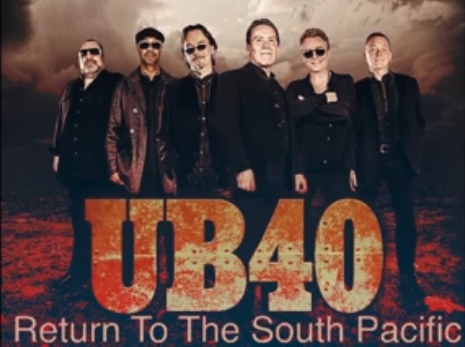 A CNMI-based concert promoter has filed a civil suit against two U.S. entertainment agents who allegedly conned him out of money he intended for English reggae band UB40 to perform in Guam and Saipan.

After having $78,000 from Brownstein’s account and $37,000 from Aldan’s account wire transferred to Holloman’s bank in San Diego, the funds were then supposed to be sent to UB40’s managers in London to secure the band’s concerts in Guam and Saipan. According to Brownstein, the concert dates kept changing from August 2015, to December, and finally to February 2016.

However, a month before UB40 was finally scheduled and advertised to perform, the band’s managers, Neil O’Brien Entertainment, said the funds were not received, and accused Brownstein of sending “bogus transfer paperwork,” stated he was in breach of contract, and asked Brownstein to “cease and desist any further activity involving UB40.”

Brownstein states in his complaint that he communicated with Aldan on the matter, who was a former resident of the CNMI, but Aldan refused to give an account of how the money was spent. This led Brownstein to believe Aldan conspired with Holloman and 10 other unnamed individuals to defraud him.

Brownstein told PNC that he has “been patient for over a year and it went nowhere. I did this in good faith. I’m just trying to do good things for the islands. I just want to get the money back. They’ve done nothing to earn it. Now, they have to answer to the court.” Brownstein adds that the scheme had a significant impact on the CNMI, and in the filed complaint, is demanding a jury trial, the reimbursement of the $115,000 plus damages for the misrepresentation.

Brownstein says he would love to bring in more high-profile acts in the future, but is cautious, saying he’s waiting for “the right opportunity and the right agents.”