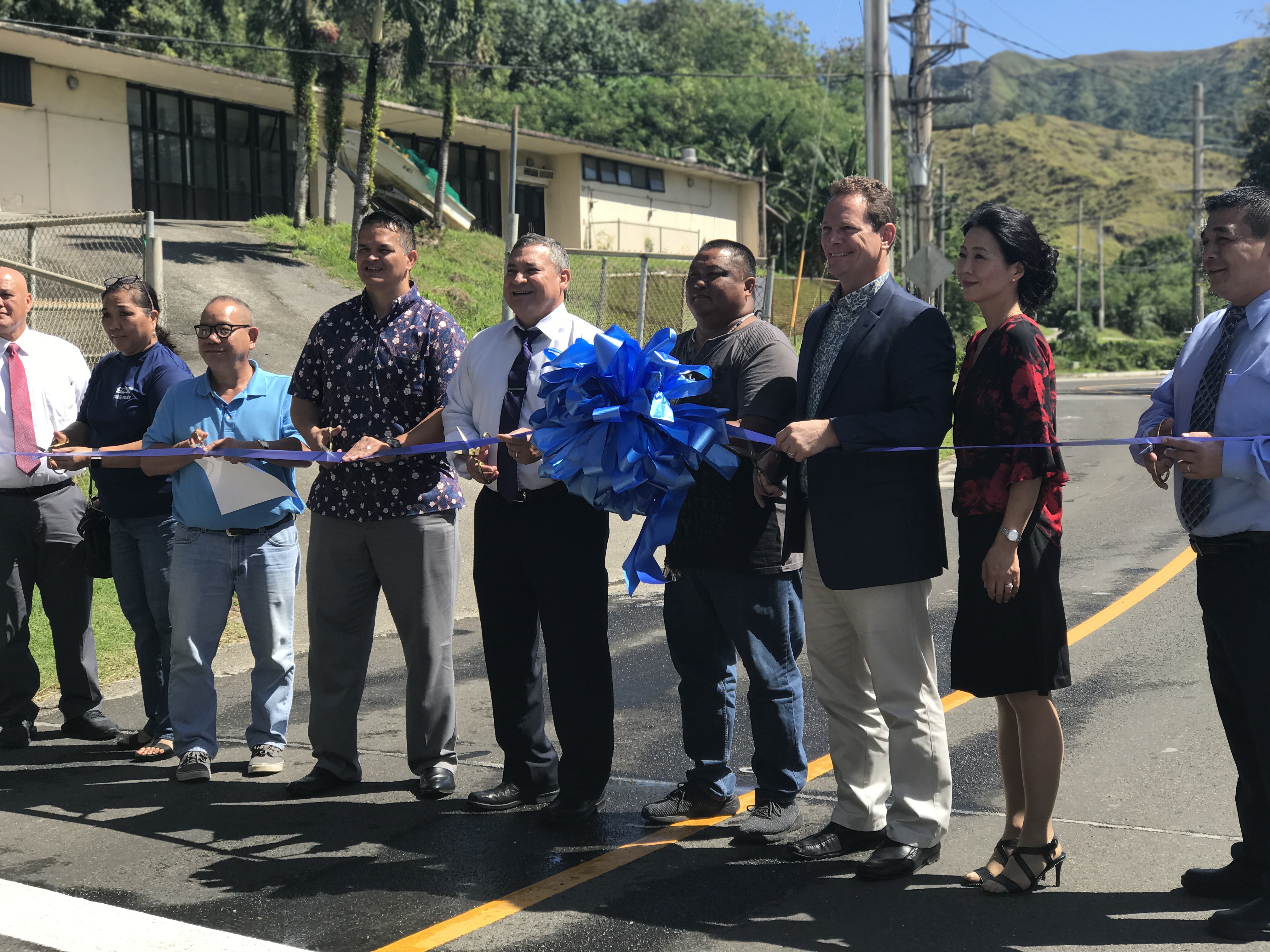 The Governor cut the ribbon on a newly repaved section of road that runs through the village of Umatac on Monday.

Guam – The locally funded road project covered about 2 miles of RT.4 running from fort Soledad to the Umatac Memorial Park. The project was completed with a budget of $500 thousand dollars through a combination of work done by Hawaiian Rock products and the Department of Public Works highway maintenance section division of highways. DPW employees did all of the base preparation and temporary traffic control while Hawaiian Rock Products was awarded the contract for the final overlay.

“We’ve been able to cut the price the cost in half of what it used to be for paving roads. You look at this. This was about $500 thousand dollars for all of the work we did here in Umatac. Well the reason why is I wanna thank our partner here Hawaiian Rock but they do that top surface. Everything else was done by our men and women here at DPW. We gave them the equipment and we gave them the resources and they did all the prep work,” said Governor Calvo.

This project is a part of 60 miles of village roads that will be repaved thanks to a combination of existing funding and funds raised by Senator Tommy Morrisons bill that raised the liquid fuel tax.