The letter was issued in response to the August 2020 submission by Blue Ocean Law (BOL) and the Unrepresented Nations and Peoples Organization (UNPO) on behalf of Prutehi Litekyan: Save Ritidian (PLSR), the community group leading the movement against the construction of the live-fire training range complex at Litekyan/Ritidian.

The three independent experts expressed concerns regarding military activities in Guam, from the unresolved environmental contamination of the island by the United States (including multiple Superfund sites) to the desecration of several sacred and culturally significant sites (including burial grounds) as part of the buildup.

They write that the military buildup “threatens to cause additional and irreparable harm to the land and sea environments on and around Guam . . . The demolishing . . . by the Department of Defense of the several sites of great historical and cultural significance to the Chamorro people risks irreversibly damaging and further disturbing of ancestral burial grounds.”

“We are also extremely concerned over the impacts on the life and health of the Chamorro people due to potential and existing risks posed to their health and wellbeing resulting from toxic pollutants surrounding them and the lack of food and water security also due to alarming levels of toxic pollution present in their environment,” they continue.

“[T]he Chamorro people have not provided their free, prior and informed consent in connection with the ongoing expansion of U.S. military bases and its accompanying increase in personnel on Guam. The military escalation risks increased contamination to the drinking water, loss of wildlife and biodiversity, irreversible damage of their traditional lands, territories, and resources; loss of traditional livelihoods, cultural sites and heritage and threatens the physical and cultural survival of the Chamorro . . .

We express additional concerns that the Government of the United States of America has not supported self-determination for the Chamorro people of Guam.”

According to Attorney Julian Aguon, “We could not be more pleased with this outcome. It is deeply validating for three Human Rights Council mandate holders to confirm that the way the U.S. military has rolled out this military buildup is wrong. It says to the world, not just to the U.S., that might does not make right, and that the Chamorro people have the right to self-determination, free, prior and informed consent, a clean environment, culture, health, and life—rights that should be respected.”

UNPO General Secretary Ralph Bunche adds, “It is heartening to see the challenges faced by the indigenous CHamoru people recognized by the United Nations. In May 2020, the U.S. courts denied the ability of the government of Guam to hold a non-binding referendum of the CHamoru people on their desire for the ultimate status of Guam, which we must remember is one of the few remaining Non-Self-Governing Territories in the United Nations decolonization agenda. We are hopeful, at a time of national renewal in the USA, with a government so outwardly dedicated to advancing the rights of indigenous and minority communities, that the concerns of the UN experts will result in tangible positive change for the CHamoru.”

For their part, Special Rapporteurs Tzay, Boyd, and Orellana have urged that “necessary interim measures be taken to halt the alleged violations and prevent their re-occurrence . . . .”

“For the first time in our history, the United Nations is communicating to the United States Government on behalf of the CHamoru people citing numerous violations against our human and indigenous rights – the desecration of our sacred places and ancestors, the destruction of our environment, our history of contamination, adverse effects on Guam’s main source of clean drinking water, risks to the health and safety of our people and future generations of Guåhan, and resulting barriers to our right to self-determination.” 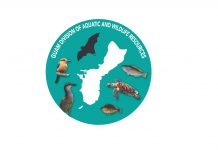 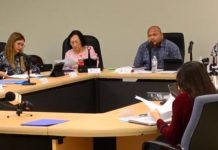 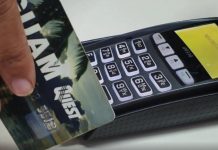