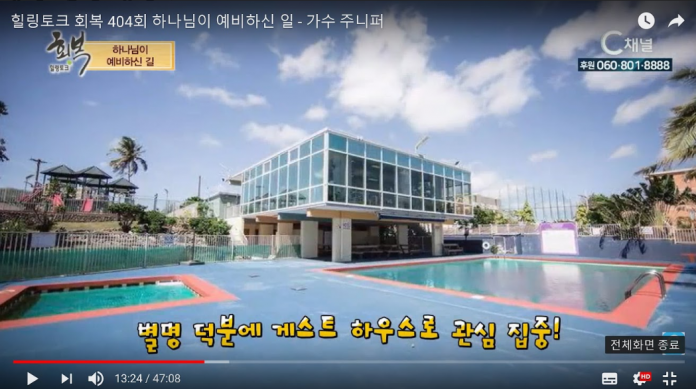 Guam – Not all visitor business is legitimate business. If you have no license and pay no taxes on Guam, you might want to be on the lookout for whistle-blowers, get legit real quick or prepare to shut down or pay fines. PNC brings you a months-long investigation into the black-market visitor industry, right here in paradise.

Illegal Bed and Breakfasts, short-term rentals, this is not the first time you’ve heard about them. According to Guam Hotel and Restaurant Association President Mary Rhodes’s public testimony against tax hikes last summer, these untaxed, illegitimate businesses rake in $23 million dollars in revenue on Guam annually – revenue our island loses out on.

With a cash-strapped government, one might argue any funds brought into the island of Guam is a positive contributor to the local economy. That’s not necessarily the case, however, as PNC’s investigation shows.

After a source led us to naver.com, a popular online community used by South Koreans, PNC has learned that numerous properties on Guam are being marketed to the South Korean tourist market. Naver allows users to create clusters of online communities, in which individuals with shared interests are able to join a community and engage in dialogue. Each community is called a “Naver Café.”

One particular Naver Café, called edenguam, has 11,935 active members. It markets what appears to be six different entities operating guesthouses. In addition to the guesthouses, it also markets car-rentals, bridal-services, Junyfore music school, tour packages, and advice for Korean nationals who want to enroll their students at our island’s local schools for an exclusive American education experience.

PNC has reached out to Rev&Tax’s Business License Division, where we provided a list of the following names of guesthouse operations to inquire about the status of the business licensees. The names are: Eden, Glory Eden, New Eden, Bless Eden, Dream Eden, and also Sky Eden.

According to MaeLinda Bayona, DRT’s supervisor for the business licensing branch, “We did verify, we do have the list, and no, not one of them is properly licensed on Guam, whether it’s the Bed and Breakfast, the vacation stay, nor are they licensed for any tour, or car rentals.”

On their naver cafes, these units are listed at anywhere from $170-$410/night. Our investigation shows that the operators of these guesthouses, are requesting that a partial deposit be wired into the same Korean bank account, and that the remainder be paid in cash upon arrival, no credit cards accepted.

With a foreign transaction, as well as an unregulated, untraceable cash-transaction, and no business license, our local government seems to be the loser here.

PNC visited two of the properties listed on the site. One being Horizon Condominum in Upper Tumon, and the other Bless Eden in lower Barrigada Heights. At Horizon Condo, we met a tourist who verified that they had rented from Sky Eden and paid $200/night. He stated that he was living in unit 217, and in the parking stall of unit 217 was a red Rav4 with an Eden Rent-a-car sticker.

At Bless Eden in Barrigada, PNC found the advertised 4bed/2bath gated guesthouse, going for $410 per night, just as indicated on the map provided on Eden’s website. Parked outside: two vehicles, each bearing the standard Eden Guam car-rental sticker. Eden also markets guesthouses in Tamuning and the Summerville Condo in Upper Tumon.

PNC shared the license plate number of one Eden-branded rental car with the Guam Police Department after the visitor driving the vehicle confirmed that he was indeed renting it from Eden. GPD tipped us that the vehicle is registered to an address associated with Junyfore Music. There is a business on Marine Corps Drive in Upper Tumon bearing the same name.

Continuing with our investigation, PNC uncovered an interview on a talk show on Korean National TV, in which an individual identifying himself as a representative of Junyfore Music, talks about his music school, Guam, and last but not least, his most profitable business, a guesthouse. Junyfore’s Facebook page shows an article from a local newspaper, showcasing Junyfore music, where it identifies Jun Y. Park as the owner. Park looks exactly like the guest on the Korean talk show.

Running a successful operation like this, is no easy task. It takes a lot of foresight and planning. Dept. of Rev and Tax Program Director Mike Unsiog says a taskforce was set up and is making progress in uncovering this well-planned black market industry.

He adds that the multi-agency task force updates its list of illegal bnb’s and short term rentals monthly, and forwards it to Rev & Tax to investigate. GVB has taken an active role in regulating and safeguard the local visitor industry. While the government is making progress securing missing 11% hotel occupancy taxes and licensing fees from black and gray market bed and breakfast operators, Unsiog asks the community to take an active role and report suspicious activities for DRT to investigate and regulate.

“In most cases, we are very fortunate and we have had some concerned citizens and they have come forward with us, That is how we are aware of some of the bed and breakfasts out there. We do have a form that they can fill out and it is kept with in the strictest confidence” says Unsiog.

It all boils down to safety, even for the person doing business. Unsiog warns illegal operators to beware. If you’re caught, you run the risk of being fined by a laundry list of GovGuam Agencies.

“These people who are conducting these businesses, beware because anything that may happen, as a result of their activity, the fines could be more stringent than what they are doing now.” adds Unsiog. Unsiog gave examples of numerous agencies that could get involved, including Guam Fire, Business License, DRT’s business license branch and also GVB.

When PNC approached Horizon Condominium’s Manager on Duty he stated that this was a recent development and that they were looking into it. Core Tech International, the Owner of Summerville noted that “Core Tech International Corporation (CTI) is a locally owned and operated enterprise of companies that has recently invested in our tourism industry with the acquisition of the Bayview and Oceanview hotels.  CTI has grown over the years because of our commitment to invest in Guam and the trust we have built by our dedication to do the right thing for our island in all we do. Core Tech Development took action when it became aware of these activities in the past and continues to have a zero tolerance policy for this and any other illegal activities. The protection and best interest of our residents, customers, and the island’s workforce is of the utmost importance to our company. We encourage and support the Government of Guam in protecting the financial health of our tourism industry and the GovGuam tax base which support the employment of the island’s workers and our ability to continue investing in Guam and supporting positive community development.”