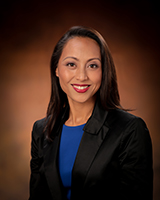 Guam – Guam is well on its way to becoming an international telecommunications hub.

“Undersea cables will create new opportunities for digital connectivity throughout the region,” said Sen. Regine Biscoe Lee. “Guam is already becoming a digital bridge between Guam and Asia, expanding that effort based on an empirically driven study can create good paying jobs for our people.”

On her recent trip to Washington D.C.,  met with the Office of Digital Services Industries of the U.S. Department of Commerce to discuss the development of the Japan-Guam-Australia Fiber Optic Cable System Project.

The JGA Project, which was announced in April 2018, is the product of Google’s January 2018 announcement that it would be expanding its cloud infrastructure with five new cloud regions and three new undersea cables.

These cables will connect Los Angeles to Chile, the US’s East Coast with Denmark, and Hong Kong with Japan. The Hong Kong – Japan cable will link Google’s network to Australia and East Asia.

The cable system will allow companies that use Google Cloud platform applications to utilize services with increased connectivity and efficiency.

Projects similar to JG such as the recently established SEA-U.S. cable, for example, have cost upward of $250 million.

According to a press release from Bisco-Lee’s office, the government of Guam currently does not have the resources available to identify opportunities for expansion, economic development, or responsible taxation.

Biscoe-Lee has issued a brief to ask for technical assistance and financial support for a study of future Guam undersea cable projects to capture the benefits that would bolster the island’s economy.

According to the brief, support for the JGA Project would promote private sector cooperation between Guam and Japan as outlined by the Trump Administration’s 2018 jointed statement with Japan concerning its Indo-Pacific Strategy.

The JGA undersea cables will be hosted by GTA at their new cable landing station in Piti.