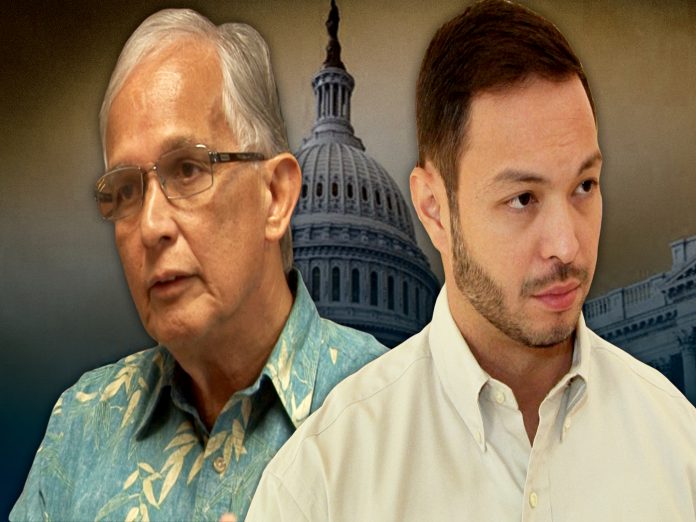 Guam – It’s like sand through the hour glass, as just Monday we heard from Madeleine Bordallo as she weighed in on Representative Mike San Nicolas, her replacement in Guam’s congressional post. While she had some pointed comments, it pales in comparison to today’s scathing rebuke from Dr. Robert Underwood.

“Oh my god he’s a grown man, he’s running for congress, he’s our man in DC. Does he need to be told what to do?” Underwood said this morning on the Patti Arroyo Show.

It’s tough criticism from Dr. Underwood, who preceded Bordallo as the lone congressional representative from Guam. These comments come in the wake of an early morning exchange between the politicians that was played out on Facebook. Around 8am local time San Nicolas posted a status on both his official and personal pages stating,

Underwood still being interviewed by Arroyo, stopped short of confirming that he denied San Nicolas request for mentoring but stated, “I can’t say for sure, but you know if he has the courage to confirm that it is me he is referring too, then I will call you up and tell you the nature of the conversations I’ve had with him.”

We reached out to congressman San Nicolas who when asked whether he could confirm that Bordallo and Robert Underwood have turned down his requests to transition and/or mentor you, he stated, “Yes. 100%. I asked last year”

San Nicolas went on to say that he has directed his staff to establish a “24hr 1-800 number” that will be available for urgent matters and that should be operational in the next 1-2 weeks. PNC will continue to update you on the situation in DC.