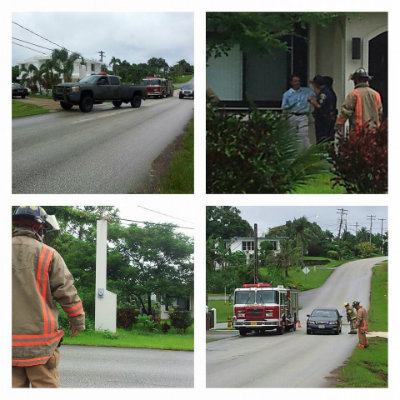 Guam – Bomb squads responded to Joseph Cruz St in Agana Heights this morning, after a resident reported the discovery of a hand grenade while he was clearing his property.

Guam Fire Department Captain Peter M Blas told PNC the unexploded ordinance was found on Saturday but the man didn’t report it until this morning.

Captain Blas Cautions everyone to never touch an ordinance, and to report it to 911 immediately.

Navy EOD, GFD and Guam Police responded to the scene.