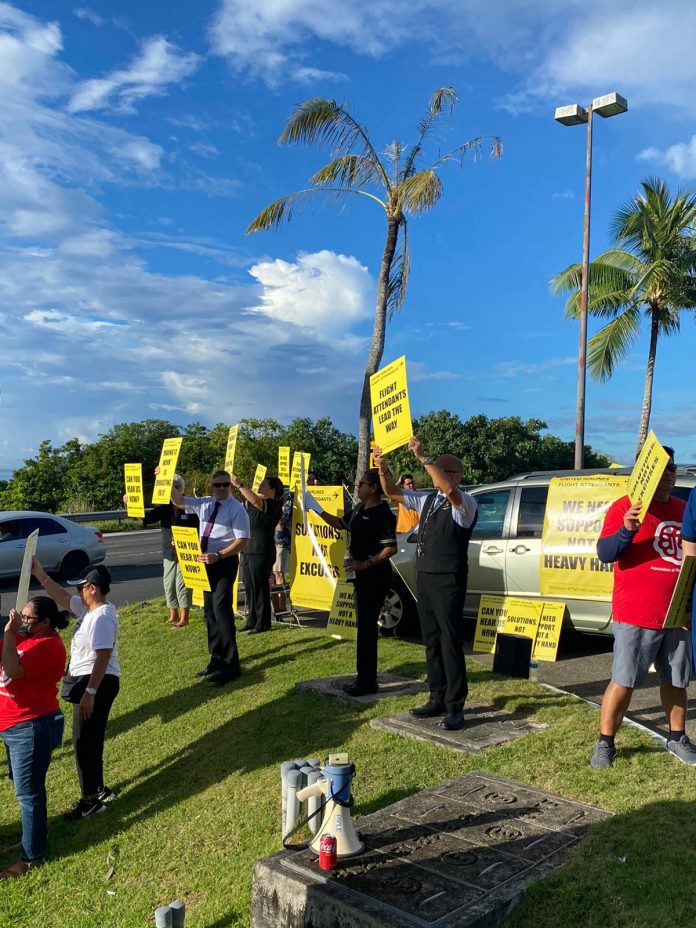 United flight attendants on Guam are currently picketing in front of the A.B. Won Pat Airport, joining the rally with the thousands of other UA Flight Attendants nationwide.

United Airlines flight attendants across the country are picketing against the airline’s management.

The nationwide picket line follows the workers’ concerns over operational disruptions, short staffing, and lack of compensation for the long delays as a result of the former.

The Association of Flight Attendants, a labor union representing United’s workers, is picketing to get their concerns across to management. Additionally, they hope to inform the public how this issue will affect their travel.

Rsei Isim, the President of the Guam’s Association of Flight Attendants, gave some examples on the airline management’s shortfalls.

He says management failed to staff crew schedulers, the person in charge of assigning crew members to flights.

Along with that, Isim says United failed to enhance the flight attendants support team.

As a result, passengers and crew members are forced to sit through long delays on the tarmac, and sometimes flight cancellations, because of these staffing shortages.

Isim further said, “You know the AFA has offered solutions to some of these problems but management has yet to acknowledge that there is a problem.”

200 of Guam’s United flight attendants are represented by the union.

President Isim says that he anticipates a good turnout to the picket today.