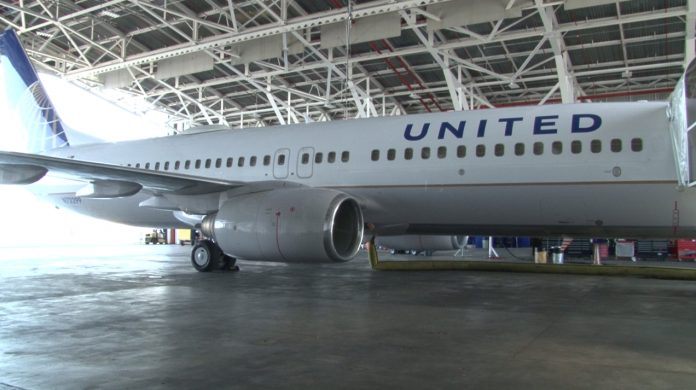 In addition to personalized T.V. screens, Duncan explains that the newly refurbished 737 comes with leather seats for every passenger, including economy class.

“We have 11 airplanes that live here so you can think about that as being like a $770 million investment in Guam and there gonna be here for 20 years or more, it may not be the exact kind of airplanes, well move them in and out but that’s a massive amount of capital that we have invested in Guam because we believe in Guam and the tourism market here,” said Duncan.

It’s been nearly 15 years since United upgraded their fleet of 737’s.

“And those airplanes were here for about 15 years and we were not able, for a lot of reasons, to make investments in those aircraft because we were constantly flying them. One of the big enhancements we’ve done [is] we had video screens right here that were shared every third or fourth row, and on the mainland this airplane had video screens at every seat and so we really wanted to bring the best product that we have in the mainland U.S. here and to Guam,” said Duncan.

In addition to personalized T.V. screens, Duncan explains that the newly refurbished 737 comes with leather seats for every passenger, including economy class. Some planes also come equipped with a stretcher to carry patients from Guam to their destination or vice versa. Duncan says the presence of a stretcher is unique and a big investment to united fleet in the Micronesian area. Sam Shinohara, United’s managing director of operations for Guam and Micronesia, explains the unique nature of the stretchers.

Shinohara says “quite frankly, we are the only carrier that serves the Guam market that does this as well and this is really a big deal for us, it takes a ton of coordination to make it happen, these things don’t just happen, there’s a lot of coordination with doctors, with nurses, the hospital, with the receiving hospital, with our maintenance team to get it setup with the airport folks to make sure we handle it appropriately.”

Shinohara says Guam’s old fleet of planes was taken to a hangar and stripped down where they will be refurbished and recycled back into the marketplace.