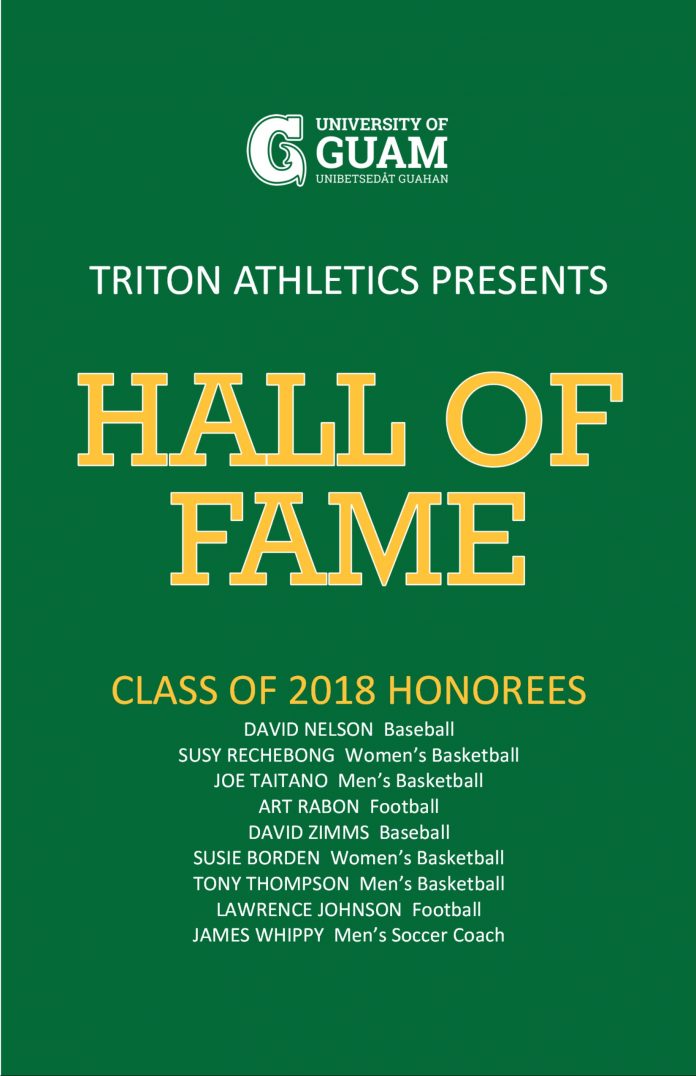 A Hall of Fame Reception will held at the UOG Calvo Field House from Noon – 2:20pm Today, October 28, followed by the Hall of Fame Basketball Game at 3:00pm.

The Class of 2018 has the following members:

The reception will also feature two current UOG soccer players being honored with the first James Whippy Soccer Academic Scholarships. Each member of the Class of 2018 will get 10 minutes each to share their memories of playing for UOG or other Guam based teams from high school to National teams.

After the reception, the UOG Men’s Basketball Team will take on the Andersen Bombers in an exhibition game. At half-time of the basketball game, the Class of 2018 will inducted into the UOG Athletic Hall of Fame.

This will increase the UOG Athletic Hall of Fame to 15 members after inducting 6 members in 2017.

Admission to the Reception is $20.00, the basketball game is free.