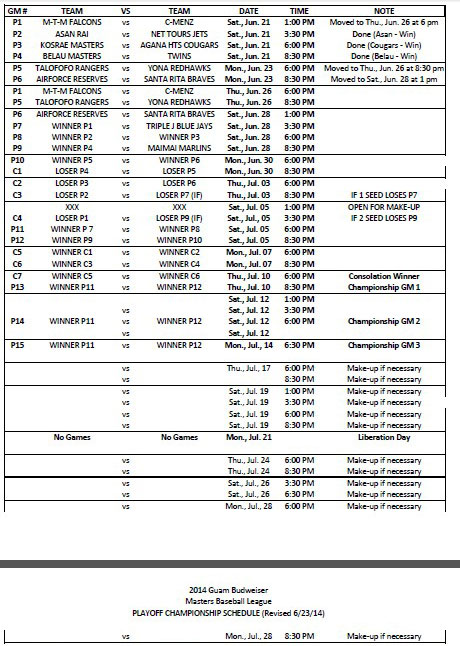 Hagatna, Guam –  Recent rains over Paseo Stadium have affected playing conditions on the field prompting cancellation of one game on Saturday, June 21, and the doubleheader on Monday, June 23.