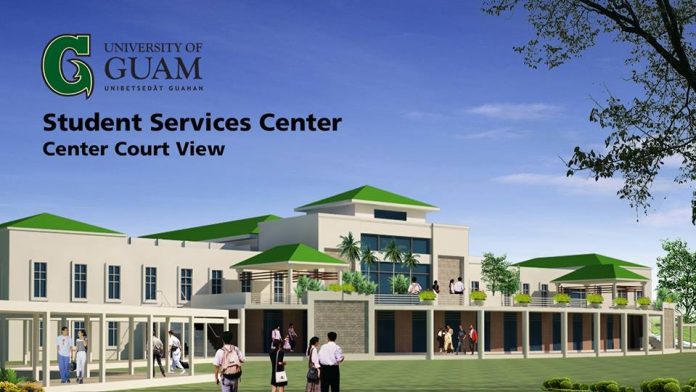 In the next five years, UOG will be modernizing their facilities.

Guam – Looks like the University of Guam is on its way with their vision of becoming a 21st century university.
In fact, UOG President Dr. Robert Underwood says they’re looking to break ground on the Student Services Center and the long-awaited Engineering Annex before summer next year.
He explains, “I’m happy to announce that due to the recently passed legislation, GEDA has issued a RFP for interim financing for the Student Services Building and Engineering Annex, what that means is that we’ll be able to proceed hopefully at the beginning of the new year to then go to our construction RFP.”
About a year ago, UOG received a United States Department of Agriculture loan of $21.7 million dollars to modernize their campus. Underwood explains that now, they just have to get the interim financing for the construction of the two facilities to get the gears moving. He explains that the construction of the Engineering Annex and the major renovation of the Student Services Center will be a breakthrough for the university not only in terms of the academic program for Engineering but also for services they will be able to provide for students.
Underwood says, “The Student Services Center is planned to be about 70-thousand square feet so it’s a pretty fair size building. There will be three levels. The two levels like what we have now and there will be an incline which will be another level. It’ll have all the services for students which are all over the campus, it’ll all be centralized but it’ll also have a large area for meetings and food services. Over there in the Engineering lab, we anticipate having six classrooms and three labs which are at a minimum for an Engineering program. Once we strat construction on that, that will be finished within a year from the time of construction.”
Underwood says he anticipates that the Student Services Center will be completed within two to three years so there will be a brief interruption of services but he says, it’ll be worth it in the end. “That will increase the level of activity. People will be hanging around the campus longer. It will be a part of the life of Mangilao not just the campus so we’re very excited about that.”
That’s not all UOG is doing to “expand” their services. Underwood says, “By 2025, we’re going to have 10-thousand students at UOG, 5,000 on campus and 5,000 on air in the ether. Part of our effort too is to upgrade our connectivity and IT infrastructure which you can’t see in the physical master plan but probably over the course of the next few years, we’ll be investing another $2 to $3 million dollars into that process.”