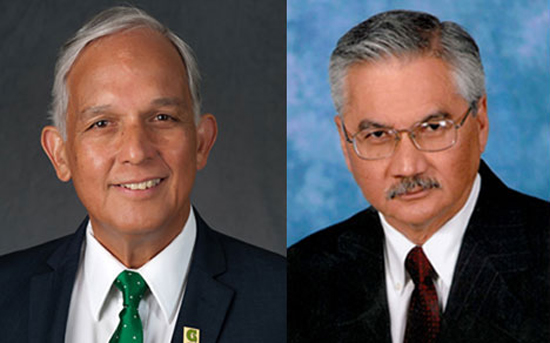 Guam –  During a regular meeting on April 17, The University of Guam Board of Regents renewed UOG President Dr. Robert A. Underwood’s contract for two more years with the option to extend for an additional year.

The option would be exercised mutually by both Underwood and the Board as part of a transition period to new leadership.

Since becoming UOG’s tenth president in 2008, Underwood has led a university which has kept tuition rates steady for five years, increased enrollment to the highest it has been in nearly 15 years, reached record highs in revenues ($106M in 2012), established the Center for Island Sustainability and maintained national accreditation for its academic programs–among other accomplishments.

“I am honored by the Board’s confidence in me to continue leading this great university,” said Underwood. “Each day I am inspired by the passion and commitment of our faculty and staff and by the achievements of our students and alumni throughout the region and around the world.”

Appreciation was extended to outgoing Chairperson, Dr. W. Chris Perez whose term ends in July. The Regent Nominating Council is currently soliciting applicants from the community.