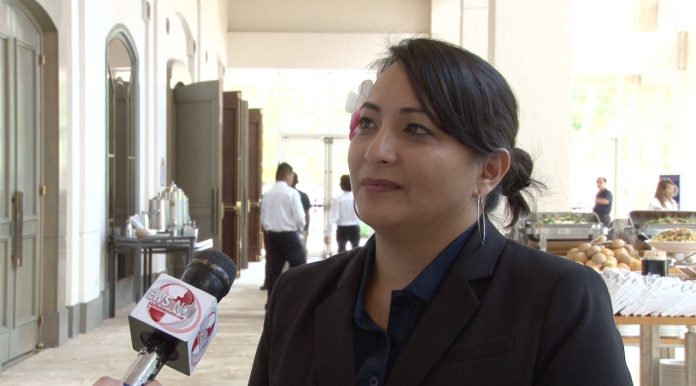 Sea Cruz Alvares, conference co-chair, talks to PNC about the process with how the topics for discussion were chosen.

Guam – Seventeen students from UOG’s master of public administration have brought together some of Guam’s chief policy makers, including Governor Calvo, to discuss government corruption and the compacts of free association among other topics.

The conference kicked off with a speech by Gov. Calvo where he talked about the issues facing his administration then and now. Calvo also spoke about federal funding issues, specifically Medicaid and how Guam only receives 55-percent funding from the federal government, when states receive 100-percent funding. After the speech was finished, the conference split into four separate discussions, namely, “case for our mananko”, “compact impact”, “public corruption” and “professional development.”// Day 2 of the conference will feature former Gov. Carl Gutierrez as he will talk about Guam independence and Yosiwo George, vice president of the federated states of Micronesia, who will talk about various economic issues facing the FSM. The conference also features training modules which count as continuing education credits.// The conference itself discusses current events.

“[At the Masters Program] a lot of the classes focus on current events and issues that are relevant to the island, these were things we brought to the table when we were discussing what to focus on in the conference. It was funny there were some issues that came to light at the same time we were developing the conference. Which really reinforced the fact that our topics are timely and relevant,” said Sea Cruz Alvarez, Conference Co-Chair talks about the importance of the event itself.

If you would like to attend the conference, registration is available at the door. The conference starts tomorrow at 8 a.m.