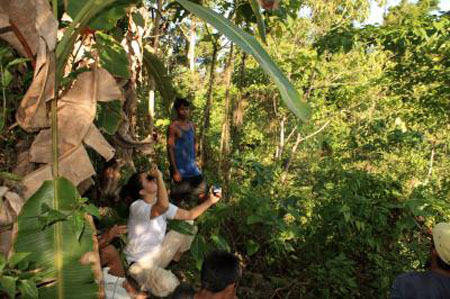 YEG funds innovative hypothesis-based scientific research for individuals between the ages of 18-25 that are not usually covered by other sources of funding. Raymundo’s proposal to study endangered bats, was deemed significant enough to be funded at the maximum level YEG provides to applicants.

The bats she is researching, Dobsonia chapmani, are found on only two islands in the Philippines archipelago. They were declared extinct by the IUCN in 1996 but were sighted on the island of Negros Occidental in 2003 by Leonardo Averia and Dr. Alcala of Silliman University. These bats are also known as the Philippine naked-backed fruit bat as their wings connect to the vertebra on their back giving them the appearance of being naked.

Raymundo recently spent time in Negros applying for permits and doing some reconnaissance work before her research begins in earnest. That trip turned out to be more like a Sherlock Holmes adventure than she could have imagined, as few things were “elementary”. In her favor, Raymundo speaks fluent Tagalog and Cebuano as she grew up in the Philippines, which was of immense help as she started her bat detective work. 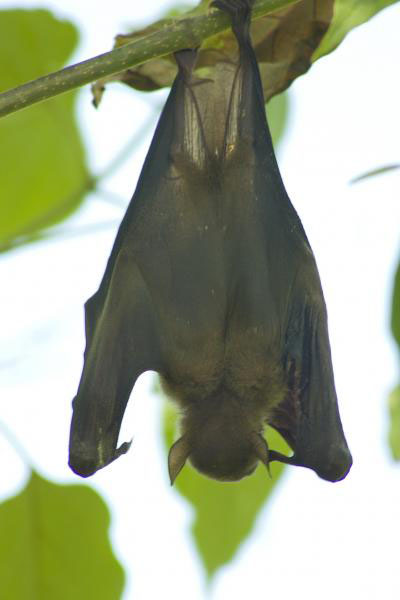 Field research always presents interesting challenges and logistical problems. Raymundo had the additional difficulty of needing to venture into a politically sensitive area due to rebel NPA (New People’s Party) presence. But a series of fortuitous encounters allowed her to reach the Calatong Forest where the bats had last been seen. Most importantly, Leonardo Averia agreed to accompany her as he was concerned that the local people would not give her their trust due to the political situation. Mayor Montilla of Sipalay City, the municipality with jurisdiction over the forest, generously gave the group permission to enter the target area and suggested that two local CENRO (City Environment and Natural Resources Office) employees accompany them.

Once in the forest they met a sprightly older woman who lives there and tends to her coffee trees and other plants under the canopy. “It was incredible to be in such a beautiful, wild place. There are monkeys, small cats, hornbills, owls, and bats that are still part of the ecosystem, but they are living under increasing threats from mining and clearing of the forest for agriculture,” says Raymundo.

In their two nights of camping in the Calatong forrest Raymundo was elated at the sighting of an adolescent Dobsonia chapmani, her research subject in the flesh. It was a good sign against incredible odds and she is looking forward to a prolonged stay to study the bare-backed bat. Originally she had thought to compare the two bat populations on Cebu and Negros, but she may broaden her thesis and compare D. chapmani to other bats in Indonesia, to understand whether they are the same species or if the Philippine bat is a completely separate species. She hopes to find the answer through DNA genome sequencing. There is no time to spare; at the moment there are no measures in place to actively study or monitor the last remaining D. chapmani on Negros. Perhaps Raymundo’s research will ignite an interest in protecting this bat so that extinction will not be its fate.