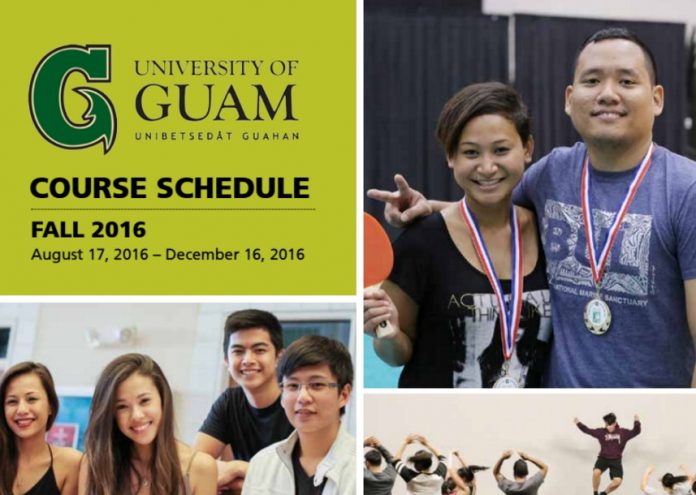 Beginning Fall 2016, all students will also be required to take the online Sexual Misconduct training before registering for classes.

Guam – The University of Guam is increasing tuition by another 5% in the Fall 2016 semester.

Basically, that would bring tuition up another $10 dollars. UOG just released their Fall 2016 catalog or course schedule which reflects the tuition hike. It is now $210 a credit hour for undergraduate residents and $285 for graduate residents. The original increase approved in 2013 by the UOG Board of Regents via a resolution called for a 20% tuition hike in 3 years. However, since the resolution, UOG only hiked up tuition by 10%, with a 5% increase last Fall 2015 and another 5% beginning Fall 2016. After about six consecutive years of not having a tuition increase, UOG President Robert Underwood explains, compared to other four-year public universities nationwide, UOG’s tuition is still affordable.

“Starting in the fall, we’ll have another $10 tuition increase. This is part of a sequence we had. $10 in the beginning of this academic year, another $10 in the Fall so that would bring it to $210 a credit hour. Then after that, I think we’ll see how it goes and what the effect is on enrollment and other things,” says Underwood.