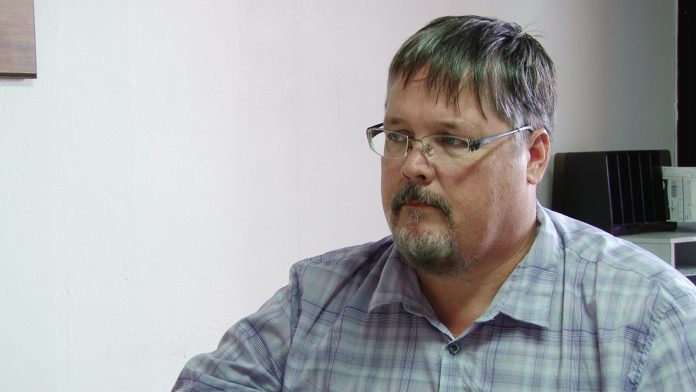 UOG students polled a total of 182 people, asking the simple question: “Do you support gay marriage?”

Guam – A surprising amount of residents support gay marriage, according to a poll conducted by University of Guam students.

McNinch says 55% say they support same-sex marriage while 29% oppose it. About 16% had no opinion.

McNinch says the numbers could mean that more people identify with the issue because they know someone who is gay.

“Almost everybody you talk to on Guam has an uncle or an aunt or a cousin or a sister ror brother who is gay, and so this is a readily understandable sort of issue. So one of the things, when we focus group people on this particular topic, having gay people in stable relationships is preferable to having them in unstable relationships, so this may be an extension of that kind of view,” says McNinch.

McNinch also says the figures could also indicate that, because the answers are concealed through an anonymous poll, people are more open to disclose their honest opinions versus what they might state publicly.

McNinch notes that his polls are often based on hot topics around the island and the topic of gay marriage has been at the forefront of conversations as a result of the first same-sex couple to challenge Guam’s marriage laws.

Loretta Pangelinan and Kathleen Aguero have filed suit in District Court for violation of constitutional rights. Attorney General Elizabeth Barrett-Anderson issued an opinion last week agreeing that Guam’s marriage laws are unconstitutional. However, Governor Eddie Calvo remains undecided on the issue and is waiting for his legal team to review the laws before making a decision whether to allow same-sex couples to apply for marriage certificates or to continue to deny them.