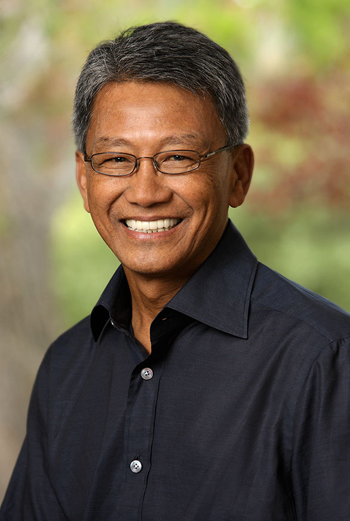 Guam – (Wednesday, November 6) – Diosdado P. Banatao, a highly successful Filipino entrepreneur and engineer working in the high-tech industry will visit the island this week to participate as the 20th guest speaker in the University of Guam’s Presidential Lecture Series.

Banatao, who has ties to Guam through his father, was invited by UOG President Dr. Robert Underwood to be the featured speaker in his lecture series. The event will be held on Tuesday, November 12, at 11a.m. in the IT&E Lecture Hall in the Jesus S. and Eugenia A. Leon Guerrero SBPA Building. The public is invited. Banatao will also be meeting with members of two University student organizations, the Student Investment Club and the Entrepreneur Society.

“The University is honored to be able to present an entrepreneur from the region who combines scientific excellence with financial acumen and who can inspire our students to imagine the power of their own potential,” says Underwood.

Banatao, also known as “Dado” is the founder and managing partner of Tallwood Venture Capital, a multi-million dollar company. With his past experiences as an entrepreneur, Dado provides Tallwood with a unique perspective in technology investments. Tallwood invests in unique and hard-to-do semiconductor technology solutions for computing, communication, and consumer platforms.

Prior to forming Tallwood, Banatao was a venture partner at the Mayfield Fund. He co-founded three technology startups: S3 (SBLU), Chips & Technologies (INTC) and Mostron. He also held positions in engineering and general management at National Semiconductor, Seeq Technologies, Intersil and Commodore International. Banatao pioneered the PC chip set and graphics acceleration architecture that continue to be two of the foundation technologies in every personal computer today. As an engineer, he is credited with developing several key semiconductor technologies and is regarded as a Silicon Valley visionary.

After college, Dado pursued his childhood dream of becoming a pilot, joined Philippine Airlines.  He later worked at Boeing as a design engineer for the company’s new commercial airliner and cargo transport aircraft, the Boeing 747, in the United States. With the opportunity to stay in the United States, he then earned his Master of Science in Electrical Engineering and Computer Science at Stanford University in 1972.

Banatao will be speaking on Tuesday, Nov. 12, 11a.m. in the IT&E Lecture Hall in the Jesus S. and Eugenia A. Leon Guerrero SBPA Building. The public is invited to attend.