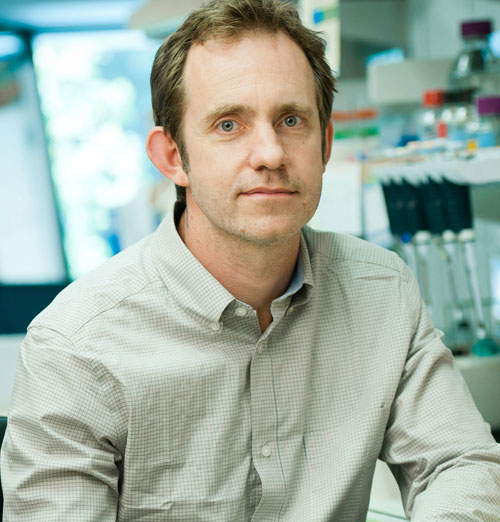 Guam – Dr. Matthew Farrer, Professor at the Department of Medical Genetics, University of British Columbia (UBC) and Canada Excellence Research Chair in Neurogenetics and Translational Neurosciences will be the twenty-third speaker in the University of Guam’s Presidential Lecture Series.

An ambitious researcher, Dr. Farrer has made influential discoveries in neurogenetics and is internationally renowned for his work on the genetics of Parkinson’s disease.

Dr. Farrer’s presentation is titled, Parkinson’s Disease: Ontology and Etiology. The lecture will be held on Tuesday, May 20, 2014 at 5:30 p.m. at the IT&E Lecture Hall located on the first floor of the Jesus and Eugenia Leon Guerrero School of Business & Public Administration Building on the UOG campus. The public is invited to attend.

“The University is pleased to host a renowned researcher like Dr. Farrer,” said UOG President Dr. Robert Underwood. “His work and research on Parkinson’s disease has advanced our understanding and approach in the treatment of neurodegenerative diseases.”

At UBC, Dr. Farrer established the Centre for Applied Neurogenetics (CAN), where he and his colleagues are working to pioneer new strategies for early detection and improved treatments for neurodegenerative diseases including Parkinson’s. Through the CAN program, Farrer’s team is helping train the next generation of clinicians and scientists to work in neurology, neurogenetics, neuroscience and neuropsychiatry.

Dr. Farrer holds a Ph.D. in human genetics from St. Mary’s Hospital Medical School, Imperial College, London, UK, and a bachelor’s degree in biochemistry from King’s College, London, UK. He was also a post-doctoral fellow in medical and community genetics at the Kennedy-Galton Centre of Medical and Community Genetics, St. Mark’s Hospital, Harrow, UK. In 2011, Dr. Farrer was recently appointed to the Parkinson Society Canada Scientific Advisory Board, whose mandate is to provide a thorough and unbiased assessment of grant requests for research or fellowship funds submitted to Parkinson Society Canada.

Disease-modifying therapies that slow or halt the progression of Parkinson’s disease remain a research challenge. Many hypotheses for the etiology of disease have been invoked, and although none has yet led to novel therapeutics there have been several recent molecular advances. The seminar will review our understanding of the disease process from end-stage histopathology (ontology) to more recent molecular advances, largely informed by genetic discoveries (etiology). The latter are leading to the development of more appropriate disease models for biomarker discovery and molecular targets. Converging evidence suggests early alterations in synaptic function, endosomal sorting, lysosomal dysfunction and intracellular proteinopathy may be integrated as one pathway for pathogenesis.

Based on this synthesis, ‘neuroprotection’, as an adjunct to current symptomatic treatments, need not remain an elusive goal. Most specifically, new data will be presented on the genetic etiology of amyotrophic lateral sclerosis (ALS)/Parkinsonism-dementia complex (PDC) of Guam, a complex neurodegenerative syndrome for which a cause remains enigmatic, despite decades of research. New findings based on next-generation sequence analysis help explain the clinical, pathologic and genetic heterogeneity observed in some multi-incident families and may contribute to the excess incidence of neurodegeneration previously reported.