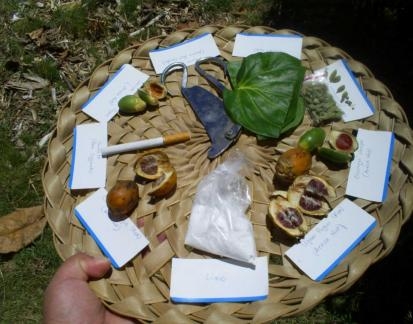 Guam – A group of researchers are looking to recruit residents from Guam and Saipan who chew betel nut regularly and want to quit the habit for their group-based cessation program.

According to University of Guam Associate Professor of Health Science Dr. Yvette Paulino, it’s called The Betel Nut Intervention Trial. As stated in their abstract, betel nut is the fourth most commonly consumed psychoactive substance in the world, following only alcohol, nicotine, and caffeine. In fact, betel nut has been classified as a Group 1 carcinogen by the International Agency for Research on Cancer and chewing betel nut has been associated with oral cancer, oral lesions, gum disease, and cancer of the pharynx and esophagus. However, also stated in the abstract, there has been very little behavioral or psychological research about betel nut chewing, and there has been no systematic research on the topic of betel nut cessation interventions. What heir findings suggest is that betel nut chewers could benefit from cessation programs modeled after smoking cessation programs.

Paulino explains, “If they want to participate, we’re putting together a recruitment tool so you’ll start to see advertisements and flyers. We’ll have our team website up. They’ll be able to register online. We also have students building social media. We will be screening all who want to participate because there is eligibility criteria for the study.”

Paulino says participants will be placed in two different groups and will be part of a three-year study.
[Photo credit: UOG]