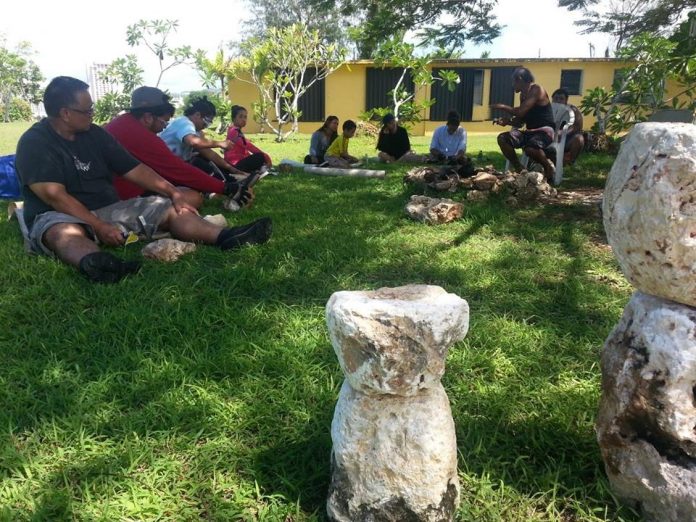 The University of Guam is breaking new ground with a new course it is offerring that examines the various ways the Chamoru people may have carved and quarried latte stone megaliths.

Guam – A University of Guam class is reviving the ancient art form of latte stone carving that ceased hundreds of years ago.

The indigenous Chamoru people of the Marianas quarried and carved large stone pillars called latte stones. These stones were used as pillars for their traditional thatched roofed houses. Now through trial and error Dr. Kay Taitano’s acho latte carving and quarrying class has learned a lot about the carving of lattes stones after completing their first semester.

“The class is good because you’re not reading a book you’re practicing you’re practicing about something that you hear about and you read about in stories but instead of just looking at pictures you’re actually doing it,” said student Jerome Eclavea.

“First of all we had to learn the types of stones that were actually utilized back then and the most common stones we’re working with is limestone and limestone has several densities. The heavier stone probably would be utilized for the haligi and the lighter stones probably utilized for the tasa,” said student Luke Duenas. The pillar is called the haligi and the capstone is called the tasa in Chamoru. Dr. Taitano will continue to offer the class in the next semester.