Guam and its coral reefs were represented before Congress in a hearing for the Restoring Resilient Reefs Act of 2021. Fran A. Castro, associate director for University of Guam Sea Grant, provided virtual testimony on May 5 in support of the bill, which would authorize five years of federally directed funding and technical assistance to states, territories, and local communities for the restoration and management of coral reef ecosystems.

“Our goal [in the Marianas] is not only to reverse the decline of coral reefs, but to rebuild these ecosystems,” Castro said. “In order to do that, we need a mechanism that provides actionable information to continue on a path to save our reefs. This bill provides that.”

The act was introduced by Rep. Darren Soto (D-FL), who serves on the U.S. House Committee on Natural Resources. The bipartisan and bicameral legislation would reauthorize and update the Coral Reef Conservation Act of 2000, which expired more than 15 years ago, and bolster the National Oceanic and Atmospheric Administration’s Coral Reef Conservation Program that it created.

The Restoring Resilient Reefs Act would also authorize the establishment of a coral reef initiative program to provide grant funding for reef conservation and management in insular areas and the Freely Associated States through the Department of the Interior’s Office of Insular Affairs.

Castro was invited by the U.S. House Committee on Natural Resources, Subcommittee on Water, Oceans, and Wildlife, along with representatives from NOAA, American Samoa, Hawai`i, and Florida. In addition to being the associate director of UOG Sea Grant, Castro is also a past chairperson of the U.S. All Islands Coral Reef Committee for the U.S. Coral Reef Task Force.

During her testimony, Castro commended the timeliness of the bill to address rapidly deteriorating coral reefs.

“If authorized, this bill will provide opportunities to continue the ongoing work in the states and territories,” Castro said. “Guam and the Northern Mariana Islands are small, high islands where land-based pollutants need only travel short distances via stormwater runoff to reach a water body that can impact water supplies and harm coral reefs and other marine life. For as long as I have been in this arena, funding from the Coral Reef Conservation Program has been incredibly important to the successes of coral reef conservation and in addressing local stressors that harm coral reefs.”

Castro highlighted how the funding has been valuable to the islands and continues to benefit ongoing conservation efforts in Guam and the Northern Mariana Islands, such as:

= the establishment of two coral reef nurseries in Guam;
= the restoration of the Talakhaya Watershed in Rota;
= coral reef monitoring within Guam and the Northern Mariana Islands; and
= the establishment of the Guam Green Growth Initiative, a public-private partnership that addresses the U.N. Sustainable Development Goals for Life Below Water, Life on Land, and Climate Action.

The bill provides for block grants that will establish base awards of $100,000 for each state and territory. One concern Castro raised was about territories and commonwealths not being able to meet the match requirements for these funds due to limited local resources.

The complete hearing is available to view on YouTube at https://www.youtube.com/watch?v=WWrjg5bfLM4. 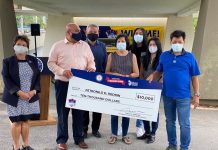 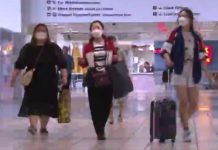 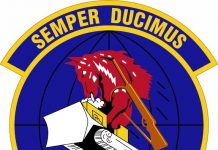