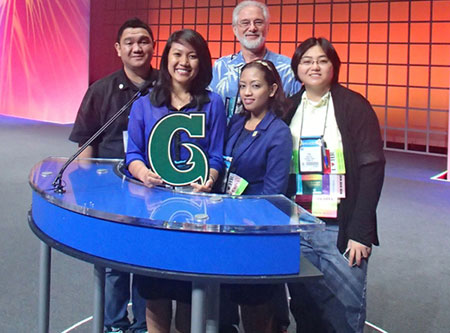 Guam – The Society for Human Resources Management (SHRM) has nationally recognized the University of Guam SHRM Student Chapter as an “Outstanding Student Chapter,” a distinction which is the highest honor given to student chapters.

This is the second time the UOG SHRM Student Chapter has received this distinction.

“I am beyond proud of our UOG Student Chapter,” said Dr. Richard Colfax, Faculty Advisor. “Their hard work, dedication, activities and collaboration have earned them this recognition from SHRM. I am honored to be the advisor for this team of students which exemplifies UOG’s excellence.”

The SHRM conferences are the largest for human resources professionals with over 13,000 attending each year.  Among featured conference speakers for this year were Good Morning America Co-Anchor Robin Roberts and Former First Lady of the United States Laura Bush.