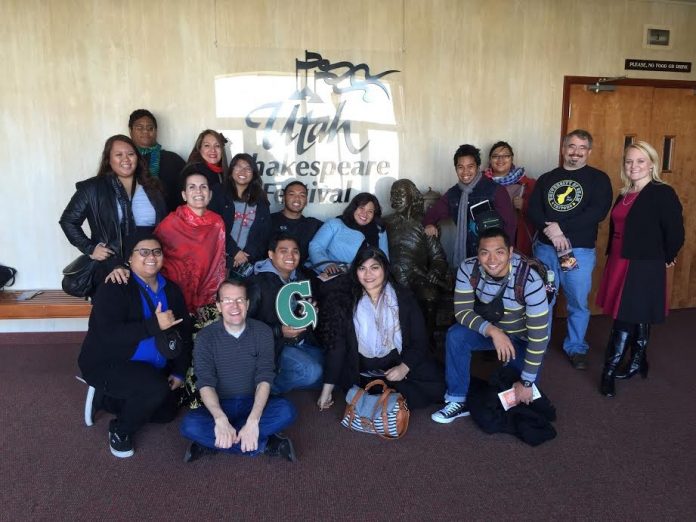 Lights, camera, and action! University of Guam theater students competed against other students nationwide in playwriting, acting, and stage management. In fact, several students even placed in the finals.

Guam was in the limelight at the Shakespearean Festival held in Utah.

University of Guam theater students and faculty members represented our island and competed against theater students nationwide. Not only did the students showcase their talent, several of them that competed at the event were chosen as finalists.
UOG Theater Student Marilyn Webber says, “Just the fact that we made it to the finals was a big thing because they could’ve picked between thousands of entries. The fact that we made it all the way to the finals, that was a big thing.”
Marilyn’s ten-minute play Pasta, Wine and Tights was selected to compete in the National Playwriting Program for One-Act Plays. The play was chosen as one of the top five pieces out of hundreds of entries.
The student team of Joyce-Lynn Torres and Jo Datuin also competed against 300 other participants and was selected as one of the 16 finalists in the prestigious Irene Ryan Acting Scholarship Competition. Joyce tells us about her experience. She says, “It was kind of huge being Guam no one knew who we were, and to perform on that grand stage, it’s a very huge professional theater that you see in movies and on Broadway. We were given the opportunity to perform.”
UOG Assistant Theater Professor Michelle Blas says the level of talent at the competition was incredible and that it was great to give their students the exposure to a large theater competition.
UOG Student CJ Ochoco says, “This experience is huge. It taught us that there’s talent on Guam, there’s  value on the Art programs. It really propelled us to forward to really go for it.”
We asked the theater students what their advice is for the younger generation that are maybe interested in the Arts program.
Joyce says, “I think a lot of people think that Theater is going to limit you, but by going out there, seeing what what all of us could potentially do, it showed possibility and show what we aspire to be. It’s tangible. It’s something you can do here, imagine what would happen if this grew.”
Blas said she is working with other professors in the UOG College of Liberal Arts and Social Sciences to lay the groundwork for students to attend the festival in the Spring of 2016.