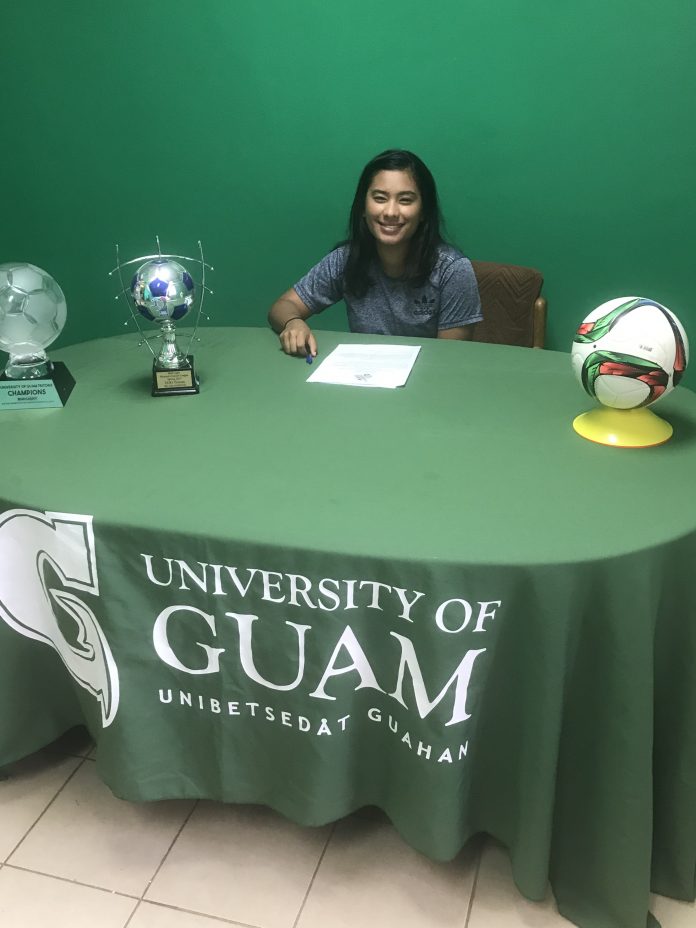 The University of Guam signed Tara Usita-Lee to a UOG Athletic Letter of Intent and partial tuition scholarship to play for the Lady Triton soccer team in 2019-20.

Tara has played soccer for the Quality Distributors as a forward and midfielder for the club team in the GFA Premier League and has played for the Guam Shipyard as a midfielder as well. Both of her Premier Club teams have finished 2nd in league competition.

She played on the Guam National Girls Soccer Team as a U13 participate and played goalie for the team in international competition to include a trip to Vietnam.

Tara was twice named Most Valuable Player for the IIAAG Tennis on the island and was All-Island champion twice at the Academy of Our Lady.

She represented Guam on the Junior National Team in tennis in the Oceania Junior Championships in Fiji in 2014.

Usita-Lee finished third in the Junior Female division in the Ko’Ko Half-Marathon in 2015.

She attended Guam Community College at 16 years old and became a PRO for the Science Club and was the Vice President of the Student Government.