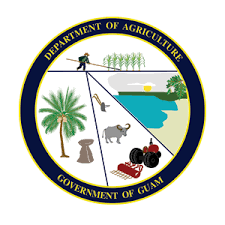 Dr. Maria Turner, territory Veterinarian stated, ” Our Animal Control Officers, we only have 2 for the entire island so that right there is such a huge thing that I’ve been trying to work on.”

In an interview with PNC – Dr. Turner reported that they are in the process of hiring 2 more animal control officers, but are waiting on the GovGuam hiring process.

Furthermore, according to Dr. Turner, the 2 animal control officers currently only have 1 truck that she says is in need of maintenance.

Moreover, Dr. Turner said that the current animal control officers will be receiving national training soon, but in the meantime, Dr. Turner reports that she is training and passing knowledge on animal sheltering, animal behavior, and handling skills, until their national training program is ready.

Dr. Turner added, “I’ve been trying to do what I can with what we have, but of course we want to grow that so much more than what it is right now. It’s an overwhelming task because as you know there are so many stray animals on the island and so many people are so frustrated. Mainly with the stray dogs, but there is a fair number of stray cats and of course the chickens that are everywhere.”

Dr. Turner further reported that their main focus is the dogs and that there is progress on how to handle them, along with the progress with GAIN’s spay and neuter clinic.

Dr. Turner added, “We’ve done just under 400 spays and neuters since we opened up the spay and neuter clinic in February…We’ve made some progress. But there are always challenges in our way that we’ve kind of have to work around and navigate to get what we need.”

Dr. Turner also assured us that movements are being made and that they are doing their best with the resources available. “We are trying to make those movements forward as best as we can. But right now is a very important time. And I’m asking the public for their patience as we navigate this and try and really get things going. But we’re trying to get things going, this isn’t just a … Kind of the old school way of doing things. We’re trying to build something so that it can be bigger than what it is. But with only 2 officers, such a tiny amount of staff, and finances, we can only do so much.”

Regarding the limited amount of Animal Control Officers, Dr. Turner said that she is grateful for the upcoming hiring of 2 new officers. However, she added that the island of Guam should have a total of around 11 animal control officers.