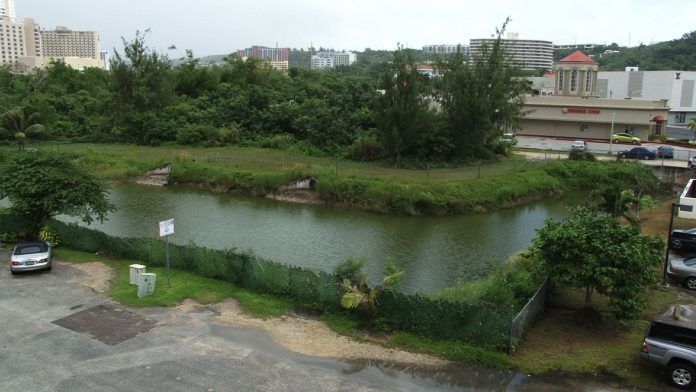 GEDA says another public discussion will be held on December 17th at 2 p.m.

Guam – The U.S. EPA has communicated with the Guam EPA telling the agency it would be “prudent” to hold off on any future shoreline projects, including the proposed Fujita Culvert Plan until certain standards and regulations are established.

Linda Tatreau and Joni Kerr are helping to spearhead a demonstration on Friday at Adelup against the proposed Fujita Culvert plan which would help mitigate flooding in Tumon. The plan would route storm water runoff into Tumon Bay but the plan has since met opposition for it’s potential harm to the environment. Tatreau tells PNC that the U.S. EPA has sent a letter to the Guam EPA which could affect the Fujita Culvert plan.

“This proposed culvert was designed to avoid permitting, they are discharging above the high water mark, its going to flow by gravity in the bay so the consultants decided no permits were necessary. We are very happy to have just learned that the us environmental protection agency region 9 that includes us the west coast of the U.S. and Hawaii has sent a letter to Guam EPA saying yes you must go through the permitting process,” said Tatreau.

PNC requested an on-camera interview with Guam EPA Administrator Eric Palacios but was denied because Palacios said he was on leave. A short time later,  Palacios called in to the Patti Arroyo show to stop what he called ‘misinformation’ and ‘rumors’  regarding a letter from the U.S. EPA to Guam EPA about killing the culvert plan.

“EPA in it’s due diligence, issued a letter to GEDA actually and copied both Glen and I to that letter and what the letter initially said was because DPW is still working though the MS4 permit process, the government of Guam might want to consider investing not just Tumon but pretty much any bay around Guam until such time the ms4 is issued so that in the event certain conditions are placed in the permit, monies will not have been wasted,” said Palacios.

According to Palacios, an ms4 permit stands for Municipal Separate Storm Sewer system. He says it is a permit required for storm water management. According to Palacios, the U.S. EPA is advising the government of Guam to avoid investing in shoreline projects, including the Fujita Culvert plan, until certain standards and regulations are established within the MS4 permit. But Palacios says the letter to GEDA and the pause on the culvert plan was coincidental. He says the letter was sent before the culvert plan was put on hold.

The demonstration is set for Friday, December 11 from 3-4:30 pm. Tatreau asks anyone to come out and help oppose the plan. For more information you can contact Linda Tatreau @ l-i-n-d-i-a-n@teleguam.net

you can read Eric Palacios’ statement below:

In response to whether or not the US EPA was in communication with the Guam EPA about potential issues with the Fujita Culvert Plan Palacios said in an email statement:

“No. Our counterparts at U.S. EPA sent a letter to the Guam Economic Development Authority. They suggested that GEDA rethink investing monies in stormwater management work in general, and proposed mitigation work in Tumon, until such time that federal EPA issues an municipal separate storm sewer system (MS4) permit to Guam’s Dept. of Public Works. The final MS4 permit will determine levels and limits of stormwater discharges into receiving waters, both of which could possibly affect Guam’s near-shore projects, including proposed mitigation work in Tumon.
To be clear, this is not a deal breaker. In fact, it is in line with GovGuam’s earlier decision to further consider current and emerging options, including additional funding from the legislature, as we work to alleviate stormwater challenges in Tumon.”
UPDATE:
The Guam Economic Development Authority issued a press release addressing the Tumon Flood Mitigation Plan. GEDA says that phase 3 of the project is currently “not moving forward.” The press release states that by halting the project it will give the legislature one full year to ‘ come through with the funding they promised would make the third phase better than what was initially proposed.”