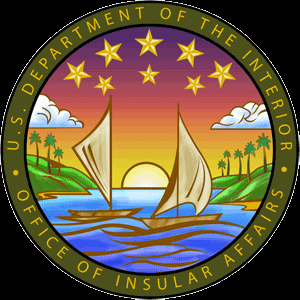 WASHINGTON (USDOI) – The U.S. Department of the Interior Assistant Secretary, Insular and International Affairs, Douglas W. Domenech and U.S. Department of State Ambassador Karen B. Stewart this week held initial consultations with teams from each of the Freely Associated States (FAS) to organize talks around the bilateral review of expiring provisions of the respective Compacts of Free Association with the Federated States of Micronesia (FSM), the Republic of the Marshall Islands (RMI), and the Republic of Palau. The U.S. interagency negotiating team is led by Assistant Secretary Domenech and Ambassador Stewart.

“We are pleased to begin these important discussions with the FSM, the RMI, and with Palau,” said Assistant Secretary Domenech. “Despite challenges due to the coronavirus pandemic, we have been able to lay the groundwork for successful negotiations and establish a notional schedule with the goal of concluding negotiations by the end of this year.”

“Our Compacts with the RMI, the FSM, and Palau support a free and open Indo-Pacific. These discussions will strengthen our already deep bilateral relationships and rich people-to-people ties,” said Ambassador Stewart.

On May 21, 2019, President Donald J. Trump hosted Palau President Tommy E. Remengesau, Jr., then-RMI President Hilda C. Heine, and FSM President David W. Panuelo to the White House for an historic visit. This was the first time that all three leaders from the Freely Associated States were hosted together at the White House by a United States president, demonstrating the special partnership between the United States and the FAS.

The FAS presidents also met with Secretary of State Michael R. Pompeo, then-Acting Secretary of Defense Patrick M. Shanahan, and Secretary of Veterans Affairs Robert Wilkie among other high-level U.S. officials. Interior Secretary David Bernhardt also met with the three presidents during their visit to Washington in affirmation of the unique role and responsibilities Interior holds in these relationships.

On August 5, 2019, U.S. Department of State Secretary Pompeo announced negotiations with the FSM, RMI, and Palau during an historic visit to Pohnpei where he met with FSM President David W. Panuelo, then-RMI President Hilda C. Heine, and Palau Vice President Raynold B. Oilouch.

The Assistant Secretary, Insular and International Affairs, @ASIIADomenech, and the Office of Insular Affairs (OIA) carry out the Secretary of the Interior’s responsibilities for the U.S. territories of American Samoa, Guam, the Commonwealth of the Northern Mariana Islands, and the U.S. Virgin Islands. Additionally, OIA administers and oversees federal assistance under the Compacts of Free Association to the Federated States of Micronesia, the Republic of the Marshall Islands, and the Republic of Palau.