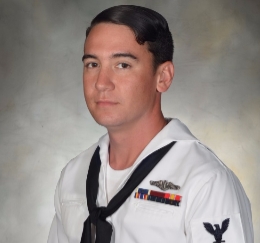 US Naval Petty Officer Chase Slicer’s quick actions saved an infant. He was subsequently recognized for his heroism by the Lt. Governor, Ray Tenorio.

Guam – Thanks to the quick actions of US Naval Petty Officer Chase Slicer, the life of an infant was saved, and he is now being recognized for his heroic efforts.

Slicer, a CPR certified naval officer, happened to be nearby when he noticed the unresponsiveness of an infant and immediately offered his assistance –turns out, the heroic gesture saved the child’s life. Earlier this week, he was recognized by Lt. Gov Ray Tenorio with the Hero of Guahan Award.

“Realizing the deed that I had done, that having my dad’s voice in the back of my head saying hey do the right thing stop you never know if somebody’s injured or if somebody’s needs additional help and that voice always rings true in times like that. I always have to stop and make sure people are ok,” he shared.

The active duty serviceman who’s served for nearly 11 years says he received the CPR certification and training aboard the USS Frank Cable. The Lieutenant Governor shared the significance of the award during the recognition ceremony.

“This certificate of recognition goes to Petty Officer Chase Slicer, Hero of Guahan. The people of Guam present this award to you for your courage and heroism because of your selfless act in the presence of extreme concern, an innocent life was saved. It’s because of heroes like you that that our island is that much more safe and secure,” remarked the Lt. Governor.