As the closest long-range Coast Guard SAR asset to the atolls, SEQUOIA stressed the timeliness of missing person reports and what residents can do to assist the Coast Guard in looking for those missing at sea; because of the 350 mile distance between Guam and Ulithi, the earlier notifications are made to the Coast Guard, the greater the chances of a successful effort.

Upon arrival on the most populated island of Falalop, Petty Officer First Class Geraldine Cabrera and Petty Officer Jared Barnes explained the use and importance of various survival gear such as flares, signal mirrors, smoke producing devices, and other common distress signals. The trainers were able to reach out to the fisherman, recreational boaters, and children in the traditional “men’s house,” though only after requesting permission from the island chief. Through the training, they also distributed and explained standard Float Plans that contain critical voyage information to assist the US Coast Guard in the event of a missing boater.

Petty Officer Jonathan Edwards, SEQUOIA’s Independent Duty Health Services Technician, was able to administer basic first aid and provide direction on the medical and hygiene products delivered to the islands. He also worked with the island’s health aid by providing basic training
and guidance on common afflictions. He was available to respond to specific questions arising from the SAR training, such as best practices to avoid shark induced injuries and how to properly treat them.

Additionally, SEQUOIA partnered with Oceania Community Health (OCH) to deliver supplies destined to reconstruct the typhoon-ravaged clinic on the island of Federai in Ulithi Atoll. OCH, a non-profit organization based out of Hawaii, provided donations for SEQUOIA crewmembers to transport and offload to Ulithi to facilitate construction. The efforts saved months of construction time which would have otherwise been held up due to supply chain limitations. The majority of the supplies delivered to Ulithi consisted of much needed equipment, such as refrigerators,generators, tools, and barrels for water catchment.

The U.S. Navy/Marine Corps Relief Society on Naval Base Guam provided hundreds of additional necessities such as clothes, books, toys, and tools donated by military families serving in the Navy, Marine Corps, Coast Guard, and Air Force on Guam.

SEQUOIA’s crew began the process of unloading 25 pallets of supplies from the cutter’s cargo hold, breaking down the boxes and passing supplies to waiting skiffs by hand. The Commanding Officer, LCDR Greg Somers, met with the local leaders on Asor Island to request permission to transit Ulithi waters and described SEQUOIA’s mission, striving to better understand their needs and looking ahead to future meetings. Each island in the atoll has its own Chief, with the reigning Chief of the atoll and other islands in Yap State residing on Mogmog island in Ulithi atoll. The crew was able to interact and meet with the island residents, providing a once-in-a-lifetime chance for cultural exchange; crewmembers were able to trade candy, knives, watches, sunglasses, and other luxuries for shells, handicrafts, and Japanese glass floats.

SEQUOIA, based on Guam, is manned by a crew of seven officers and 47 enlisted personnel. It is the 15th Juniper Class sea-going buoy tender and the 10th “B-Class” cutter built by Marinette Marine Corporation in Marinette, Wisc. SEQUOIA’s primary missions are maintaining aids to navigation, search and rescue, law enforcement, marine environmental protection and homeland security. It is 225-feet long with twin diesel engine propulsion, bow and stern thrusters and advanced maneuverability capabilities that make it the world’s premier buoy-tending platform. 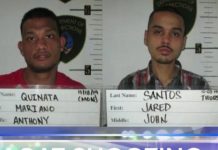