Guam – U.S. Coast Guard [USCG] coordinated  the rescue of 10 Taiwanese fisherman who were forced to abandon their burning vessel 700 miles west of the island Saturday.

According to a release, USCG Sector Guam received an alert from the Emergency Position Indicating Radio Beacon at 4:30 pm.  It came from a 70-foot Taiwanese fishing vessel named the “Hsin Man Chun”.

Then, another call came in from a Taiwanese coordination center in Taipei which reported that a sister ship had received a radio call indicating the crew of the “Hsin Man Chun” was planning to abandon ship.

A U.S. Navy P-3 Orion long-range search aircraft from Patrol Squadron 1 (VP-1) flew out from Kadena Air Base in Okinawa.

It located the burning vessel and spotted 8 crew members in a life raft and two more on the bridge. 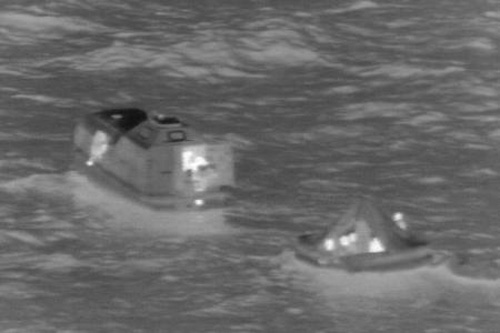 The P-3 rapidly deployed two life rafts to assist the crew members that remained behind and passed the location of the distressed crew members to the Semirio, a Marshallese flagged bulk carrier diverted to the area by the Coast Guard.

At the time of the request for assistance, the Semirio was only 40 miles away from the distressed vessel.

Once on scene, the 950-foot bulk carrier launched a small boat and successfully rescued all 10 crew members.

The Semirio is one of many foreign flagged vessels operating in the Pacific that voluntarily participate in the Automated Mutual-Assistance Vessel Rescue System (AMVER). 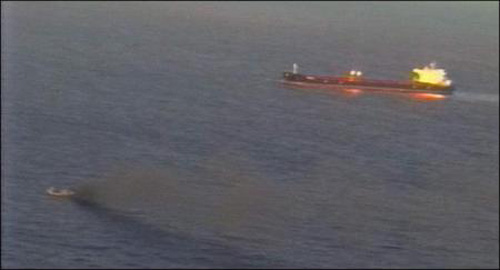 AMVER, sponsored by the U.S. Coast Guard, is a unique, computer-based, and voluntary global ship reporting system used worldwide by search and rescue authorities to arrange for assistance to persons in distress at sea. With AMVER, rescue coordinators can identify participating ships in the area of distress and divert the best-suited ship or ships to respond.