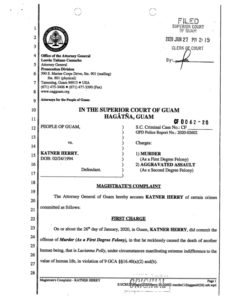 An arrest has been made in the murder of a 37-year-old woman found dead in Toto. But the case continues to be under investigation.

It was on Saturday at around 6 p.m, that two young children were playing less than a hundred feet from their home when the made the gruesome discovery — a woman in the brush unclothed and dead.

Police are piecing together the puzzle of Polly’s death and have uncovered that she knew her attacker, but their exact relationship was not disclosed.

Investigators say that Polly, a woman who at times was homeless, was seen walking along Route 8 with the suspect Herry earlier that day.

At some point, the two went separate ways, agreeing to meet up again on Rameriz street where she was found dead.

Chief of Police Stephen Ignacio stated in a press conference that they located Herry at his Barrigada home and questioned him about his interaction with Polly.

Investigators learned that when the two met up on Ramirez Street, an altercation ensued between the victim and himself which led to her death.

When Polly was discovered by two young children and their mother, she was found unclothed which police say leads them to believe foul play was involved at the onset of the investigation.

Chief Ignacio, however, could not confirm if she was sexually assaulted by Herry, adding that they are waiting for an autopsy to be conducted to not only determine the manner and cause of death but also to determine whether or not additional charges will be brought against Herry.

Herry was arrested for the offense of murder, family violence, aggravated assault, and reckless conduct.

Police say that Herry has a rap sheet involving prior arrests related to public intoxication and reckless conduct. At this time, police say they are still investigating why Polly was in a state of undress and why her belongings were not located at the scene. This morning, CID investigators were back at the scene canvassing the area for additional evidence.

“We believe that the site of the discovery of the body is also the scene of the crime,” Ignacio said.

Polly was positively identified by a family member. Police say that witnesses were also able to identify Herry during the course of the investigation.

Herry appeared in court this afternoon. 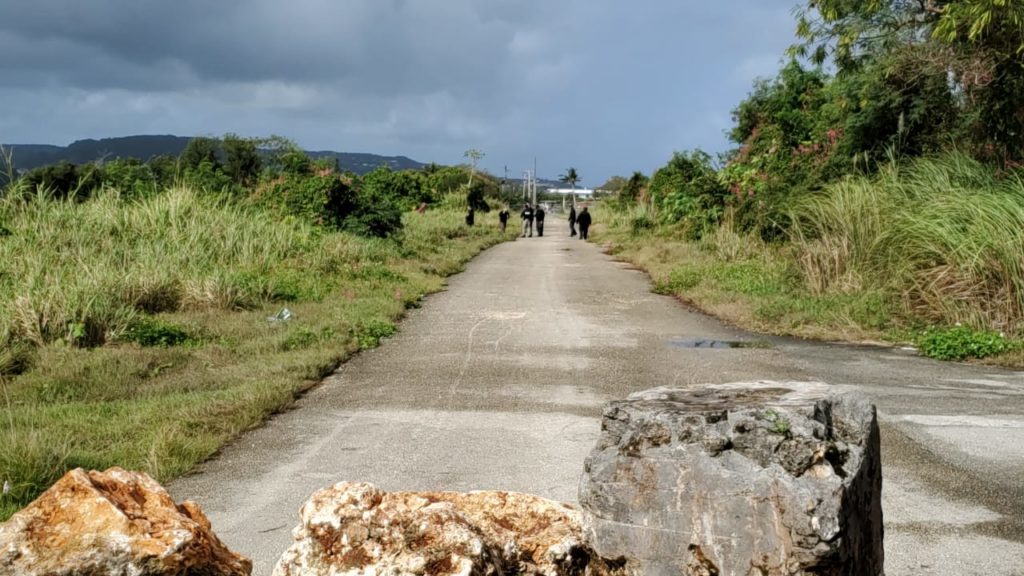