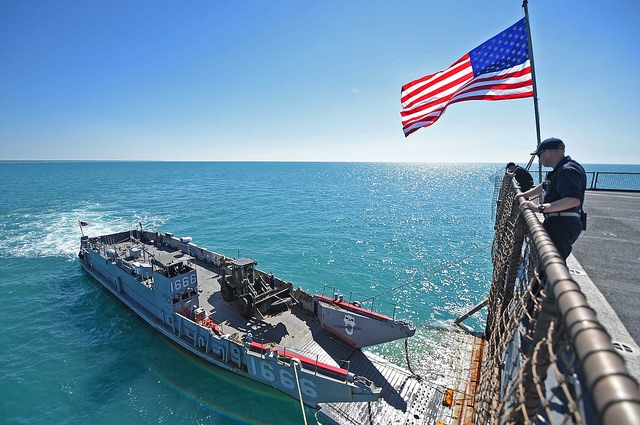 Guam – The amphibious dock landing ship USS Ashland arrived on island this morning. They’re only here for a short visit, but they’re going to be spending most of their time giving back to the community.

USS Ashland, on patrol in the U.S. 7th Fleet area of operations and homeported in Sasebo Japan, brings about 500 sailors and marines to Guam. Tomorrow, the crew will work alongside the Umatac Mayor’s Office to clean up village roads and storm drains in anticipation of more heavy rain this season. Then on Wednesday, sailors and marines will help prepare Juan M. Guerrero Elementary school for the coming school year. Last on their list, on Thursday, they will work with the Yigo Mayor’s Office to clear pathways to the Chagui’an Massacre site in preparation for the memorial ceremony this weekend.