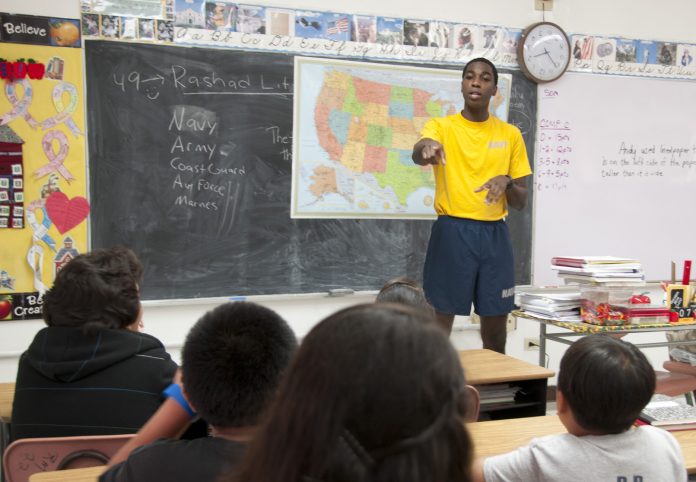 Barrigada, Guam – (March 7) – USS City of Corpus Christi (SSN 705) Sailors gave back to the island they once called home during an outreach opportunity at B.P. Carbullido Elementary School in Barrigada, Guam March 7.

This was the submarine’s first visit to the island since its change of homeport from Guam to Hawaii in 2011.

“It’s kind of like going back to where you grew up,” said Fire Technician 2nd Class (SSW) Jordan Larry, who was a junior Sailor when City of Corpus Christi was homeported on Guam. “It’s a privilege to have been here before so I can show the junior Sailors around.”

More than 10 Sailors shared their career experiences, told stories about Navy life and participated in sports activities with the students.

“We like to show the community that we care and we do our part,” said Machinist’s Mate 1st Class (SS/SW) Shane Stuteville.

Agnes Guerrero, school principal, said the visit was beneficial to the students because it allowed them to learn more about the Navy and possibly set personal educational and career goals.

“It’s something positive for our children,” she said. “I really look forward to always building that relationship and they’ve been very, very good about coming to the schools every year making that time for our students.”

The submarine departed Hawaii in November 2013 for a deployment to the Western Pacific region. It is the second ship to be named after the Texas city and is capable of conducting anti-surface and anti-submarine operations along with guided missile strike operations using conventional Tomahawk Land Attack Missiles. 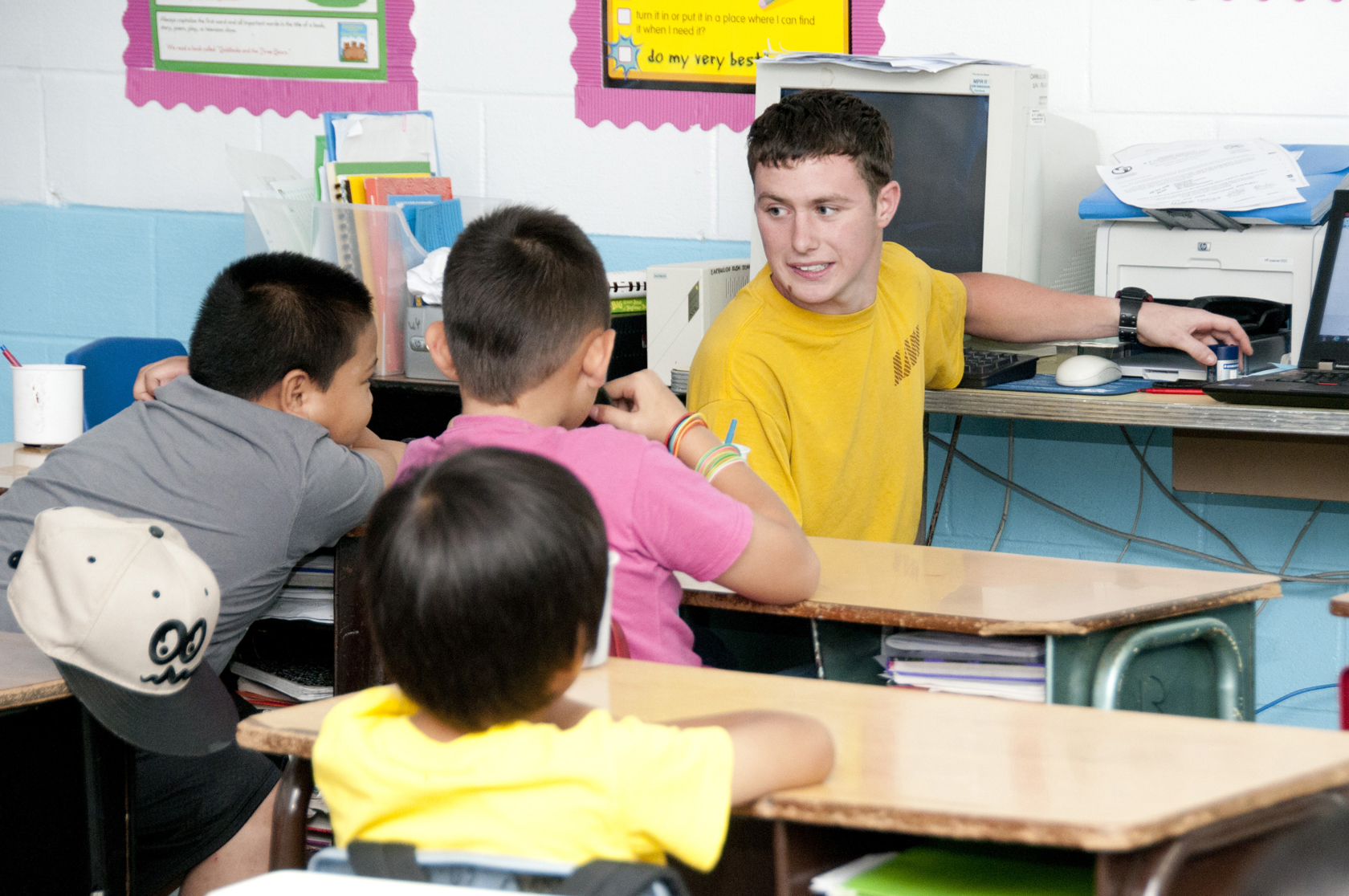