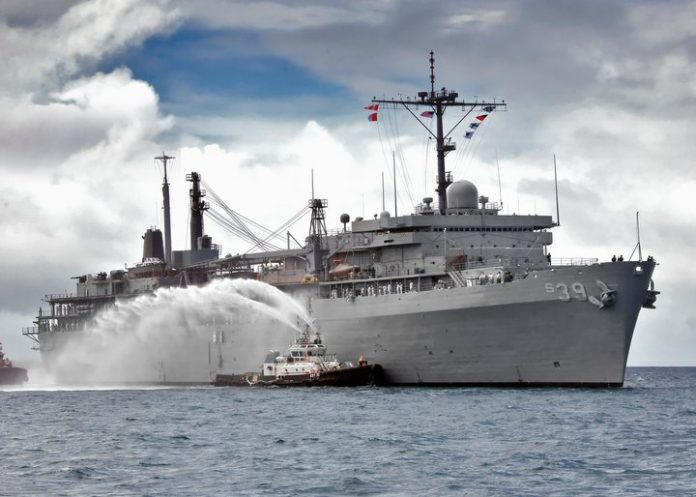 The Navy is stiationing the USS Emory Land on Guam to provide support for the four submarines that are based on Guam.

Guam – Another submarine tender is being stationed on Guam.

According to Coleen San Nicolas Perez of the Navy’s Public Affairs office now the Emory S. Land will join the USS Frank Cable in Guam to provide support for the four submarines that are based here. In May the U.S. Navy forward deployed a fourth fast attack submarine to Guam. This fourth sub means Guam now needs two sub tenders. The announcement of basing a second sub tender on Guam was made on Dec 23rd and the change of home port is effective immediately.

Perez writes that “This move is part of the U.S. Navy’s long-range plan to put the most advanced and capable units forward and to posture expeditionary maintenance forward to support those units. Forward deployed naval forces defend the homeland, deter conflict, respond to crises, defeat aggression, protect the maritime commons, strengthen partnerships, and provide humanitarian assistance and disaster response. PNC asked if this second sub tender could mean any additional submarines could be stationed on Guam. Perez indicated that there are no announcement plans at this time and she could not speculate on the possibilities. The Emory S. Land has an integrated crew of about 350 officers and enlisted sailors who work alongside 150 military sea-lift command civil service mariners.