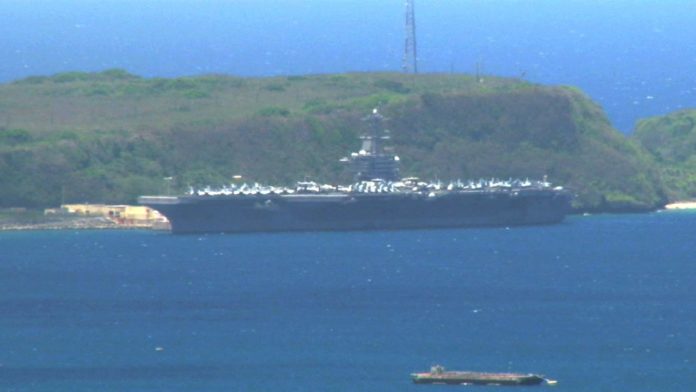 As of Tuesday 286 sailors aboard the USS Roosevelt had tested positive for COVID-19.

According to the official blog of the U.S. Navy none of them have symptoms serious enough to require hospitalization.

The Navy blog also reports that 93% of the sailors aboard the aircraft carrier had been tested as of yesterday.  2,588 tested negative.

Those who have tested negative are being lodged at various island hotels where they will remain under military guard until their two week quarantine ends.

A contingent of sailors remains on board the ship to sustain essential services and continue the “deep cleaning” process to rid the vessel of all traces of the coronavirus.