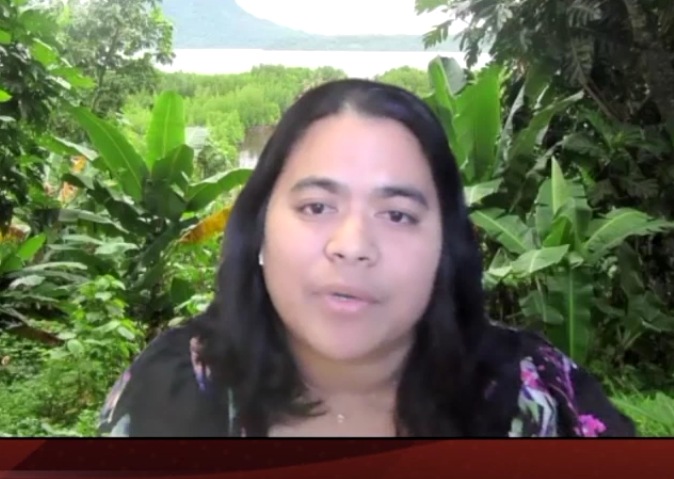 The Department of Public Health and Social Services held a special vaccine clinic to reach out to one of the island’s most vulnerable communities.

The FSM community has been identified as especially vulnerable to the spread of COVID-19.

The clinic was held at the Dededo Senior Center across from the Santa Barbara Church.

Public Health has partnered with various organizations to hold the clinic including the FSM Consulate Office, FSM Association of Guam, GRMC, Micronesian Resource Center, and others.

The clinic was originally supposed to provide 150 doses.

However, that was expanded to 300 doses when the pre-registration drive held after the Chuukese language mass this past Sunday exceeded expectations.

Songeni said that the FSM’s community’s low participation rate in past vaccination clinics isn’t just due to challenges with transportation and access to healthcare.

There’s also a social stigma to contend with.

She said that the FSM community is often misrepresented and targeted on many issues.

“And so…we were not surprised that people…as much as it’s important to go to these vaccine clinics or even get tested in the first place … just the perception of participating was damaging to our image, or it was something that we believed that no one would…no one really cared, so it was like why do we need to participate? Even though they do..there are some that they do realize, the importance of it, I think what we’re trying to do…is also shift the narrative about our participation,” Songeni said.

Carrera said that most of the slots to pre-register were filled during the outreach this past Sunday.

She said that Public Health plans to hold similar events in the future and those who weren’t able to get vaccinated this Sunday will be put on a waiting list.

Carrera said that although the program is currently focused on the FSM community it’s open to others as well.

“This is focused on the FSM community, but we’ve had some people register from the Palau community, and the Marshallese community as well, and I’ve also been working with the Palau Association, so we are planning to work with the other communities within the FAS communities,” Carrera said.