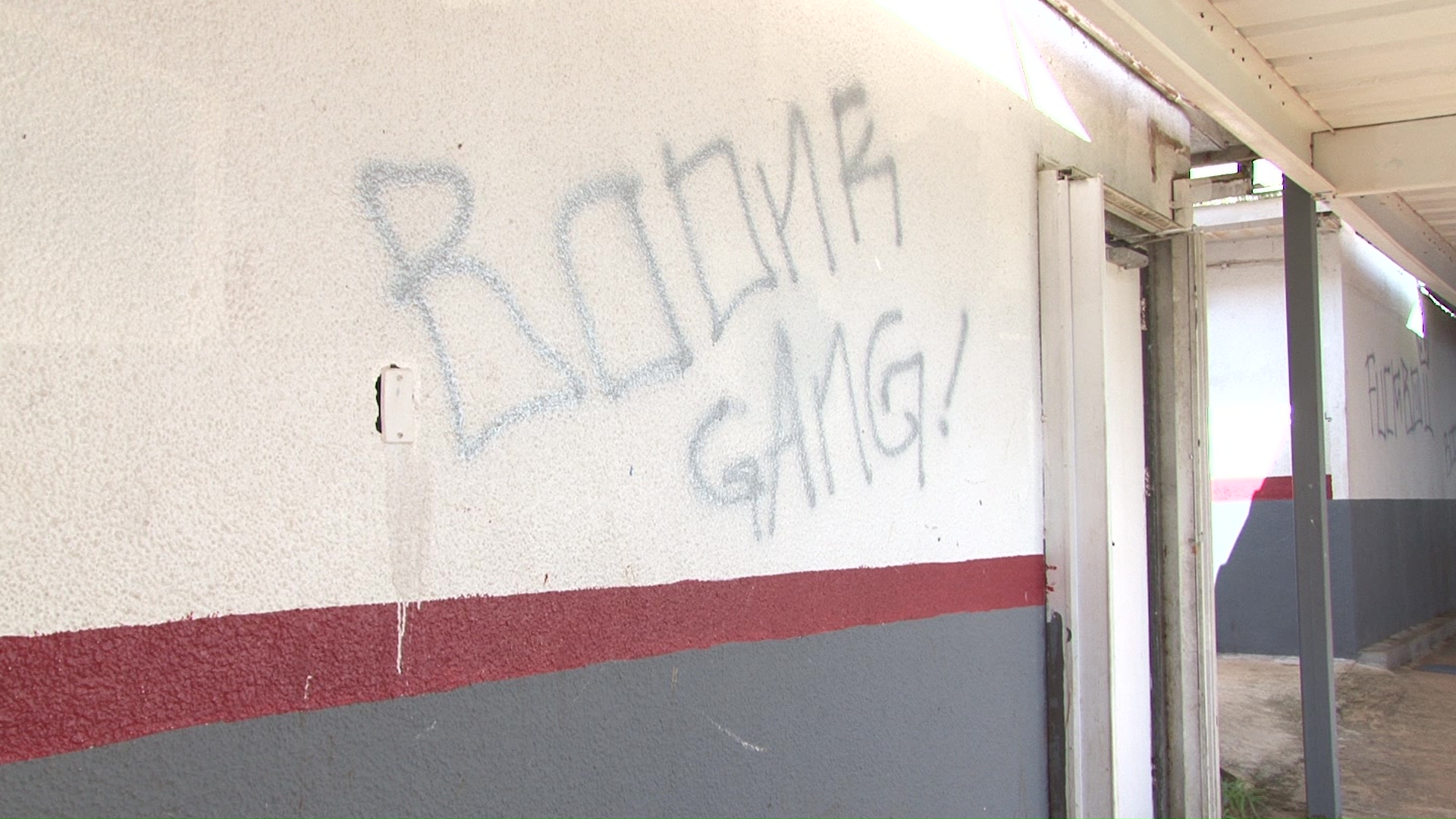 No items were stolen or broken.

Guam – With an already dilapidated campus that’s in dire need of renovations, Simon Sanchez High School Sharks have yet another issue added to their growing list of disappointments.

The high school campus was vandalized over the weekend, according to Guam Department of Education Spokeswoman Isa Baza.

School staff discovered the vandalism Tuesday morning around 8 a.m. Simon Sanchez Principal Carla Masnayon says one side of the science wing and two classrooms were covered with a substantial amount of graffiti.

In addition, the vandals entered two classrooms with one classroom’s floors also covered in graffiti.

It appears the suspects only did it as a mockery as Baza says no items were stolen or broken. The crime was reported to the Guam Police Department.