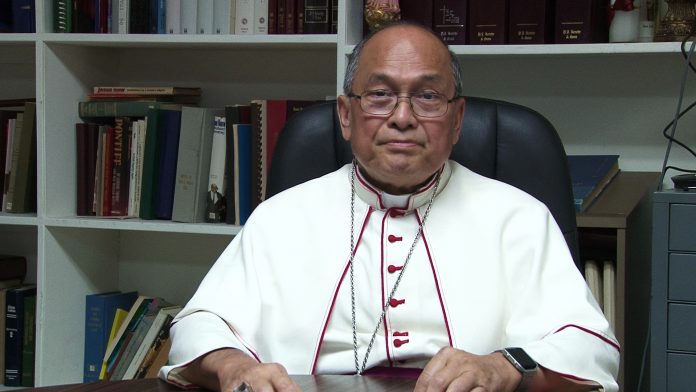 Guam – Pope Francis has taken a personal interest in local Catholic Church controversies, and has appointed an Apostolic Administrator sede plena to the Archdiocese of Agana.

Archbishop Savio Hon Tai Fai currently serves as the secretary of the Congregation for the Evangelization of Peoples, but in his new role on the island has been given the temporary authority to minister and manage Guam’s Catholic Church.

Administrators “sede plena” are appointed in troubled dioceses where bishops are accused of serious crimes or mismanagement.  Several Catholic blogs further claim the term is used for a diocese with an “incapacitated” bishop, and that the appointment can typically end with a new bishop chosen.

Archbishop Anthony Apuron has been accused twice of molesting altar boys in the 1970s, which he has strongly denied as malicious attacks.  A release from the Archdiocese of Agana says Apuron himself requested the Apostolic Administrator “pending the investigation of an abuse allegation.”

Meanwhile, the Survivors Network of those Abused by Priests (SNAP) reacted to the news.  Western Regional Director Joelle Casteix says they’re encouraged, but the appointment of the administrator is only “a first step.”