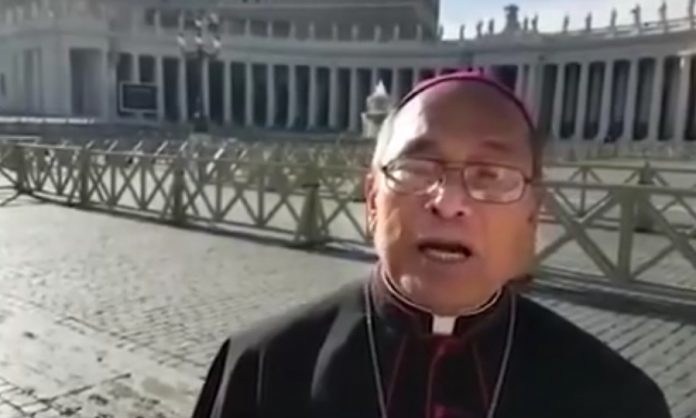 Guam – Suspended Archbishop Anthony Apuron has been found guilty of “certain of the accusations” against him in a canonical trial at the Vatican.

The Vatican made the announcement Friday which was posted on their bulletin.

The ousted Archbishop will receive a punishment of “privation of office” and will not be allowed to return to Guam.

The sentence is subject to appeal but in the absence of an appeal, a release from the Vatican says Archbishop Apuron’s sentence becomes final and effective.

Archbishop Apuron was accused of sexually abusing four former altar servers of the Mt. Carmel Church in the 1970s, some of whom were deposed in the canonical trial.

In addition to a canonical trial, Archbishop Apuron was also sued in federal court on Guam by the four victims. A fifth accuser came forward in recent months—Apuron’s nephew, Mark Apuron.

Archbishop Apuron stepped down from his position for the investigation and was later replaced by Coadjutor Archbishop Michael Byrnes.

Apuron has maintained his innocence. Last month he visited Pope Francis during a general audience with the public. He was seen lining up to see the Pope to tell him, “I wanted to see you before dying.”